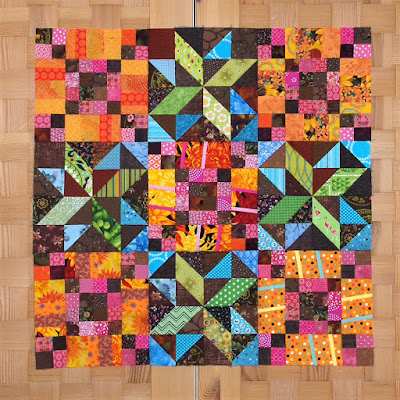 A little late, but happy Lunar New Year/Spring Festival everyone! It feels appropriate to have progress to share on Bonnie Hunter's 2019 mystery quilt, Good Fortune.

I'm just laying out 9 blocks at a time, and trying for an equal distribution of dark and light values in each section. The orange blocks with the skinny inserts will be in the centre of the quilt, and the string blocks are going around the corners. It's already a very active quilt, so I decided a symmetrical layout would be best.

This is the point where you find out how accurate your sewing was last year. 😂 Fortunately, I tend to sew scant, so it's easy to trim the block or tighten up a seam if necessary. And fortunately, that hasn't been too often. 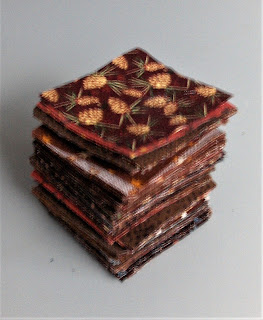 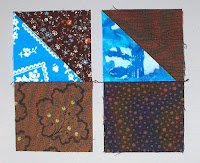 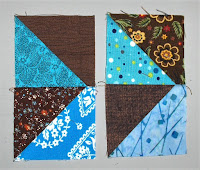 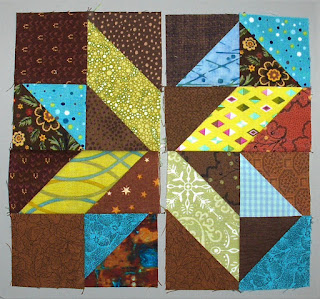 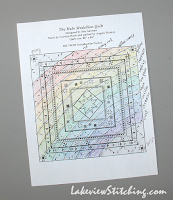 Posted by Monica at 6:13 PM 8 comments: Links to this post


So, it turns out that I am very bad at quitting anything. I'd like to say I've found my compass, or something apt like that, but truth is I'm just blowing around in the wind. But in any case, I may as well blog about it. 😂

The new Quiltville mystery, Frolic, has started! I started too, but I'm not so sure my colours are working. I'm waiting for the reveal to see if I need to change course. In the meantime, I have plenty left to do on last year's mystery, Good Fortune! I've shared a little of that on Instagram, but never here on the blog.

I decided to try a dark background for a change, and I'm very happy with that. The instructions called for string units, but I didn't have a lot of orange strings. I tried some slightly improvisational skinny inserts instead: 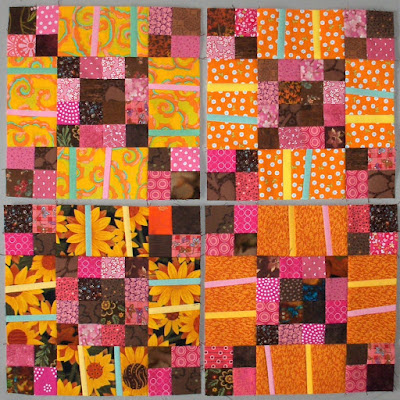 I'm happy with them too. Of course, the process of making them created a lot of orange strings! And since I decided to make the quilt larger by adding blocks, I made some string blocks as well. 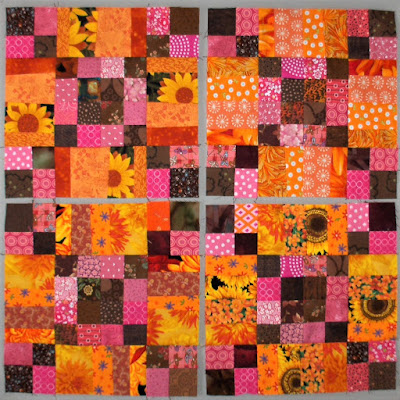 My new laptop doesn't have the good editing software, yet, so apologies, my pictures are not the usual standard.

The orange blocks are nearly finished. I made two test blocks for the stars... 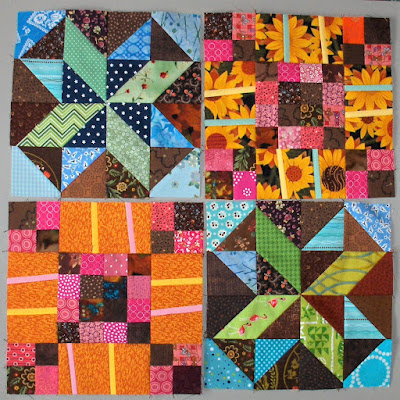 They looked a little small when I took the photo, but I don't know if that is just a question of pressing or if I need to tweak them.

I'm super happy with everything in this quilt, the warm colours will be really nice in winter.

I want to do another dark background for this year's quilt, but I'm not quite sure of the colour placement. Bonnie's colours blend where mine contrast, so I think I should wait for the reveal. And as we all know, I have plenty of other projects to keep me busy.

Happy new year everyone! Let's sew!
Posted by Monica at 2:22 PM 19 comments: Links to this post