Backwards and Forwards on Celtic Spring 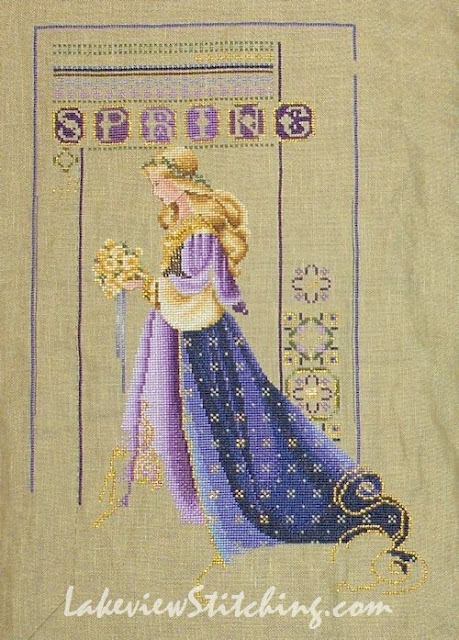 There has been a fair bit of work done on Celtic Spring since the last time I showed it, but it has not all been forward progress!  Once I decided to stitch all the gold braid double, I also decided to remove most of the previous gold stitching that had been done single.  This necessitated taking out some of the other stitching around those areas as well.  The main areas that were affected were the left side border, and the front of the underskirt.

The gold sure looks nice, though: 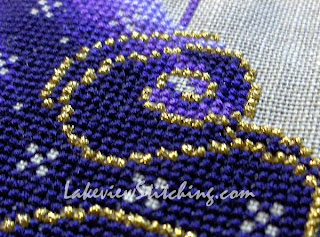 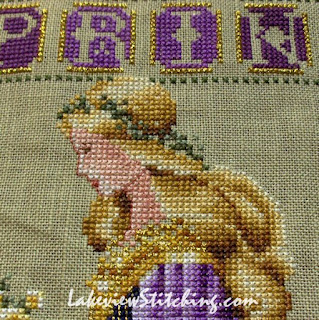 The chart also calls for a dark quarter stitch to fill in the eye, but I left it unstitched to give the effect of a highlight.

I am very keen to start putting in some of the beads.  There are lots!  But I don't want the stitching to become awkward to hold, so I think I need to give that some more thought.  I know from experience that doing all the beads at once can be tiresome too, so balance is key!

I'd rather hoped to be further along on this by now, but, you know, life gets in the way sometimes!
Posted by Monica at 2:56 PM