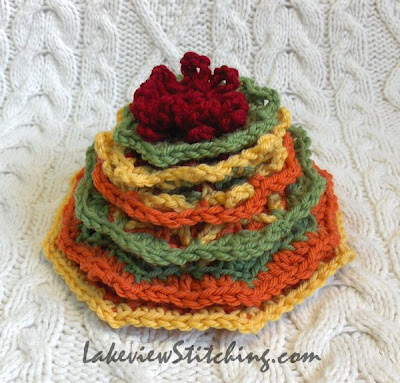 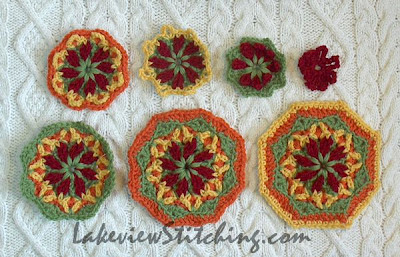 I started planning this post right when I started this blog last year, but it got lost in the shuffle until now. I just thought it would be fun to show all the stages of these crochet octagons at once!

This was intended to be my easy tv project over a year ago now.  Once Clara was done I thought of it again and pulled it out.  It is the Spanish Tiles afghan from 50 Sensational Crochet Afghans & Throws, edited by Bobbie Matela.  As far as easy tv projects go, it is not actually that easy.  I have the octagons down, but yesterday I tried one of the small filler squares: 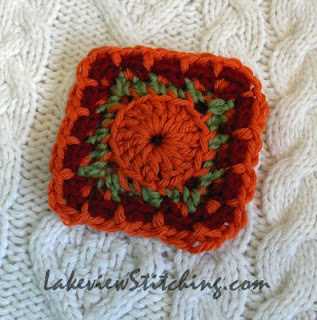 That final round of orange is stitched both under and over the previous round of red, and it requires complete concentration!  I'm hoping I will get used to it.

Here's an idea of where it is all going: 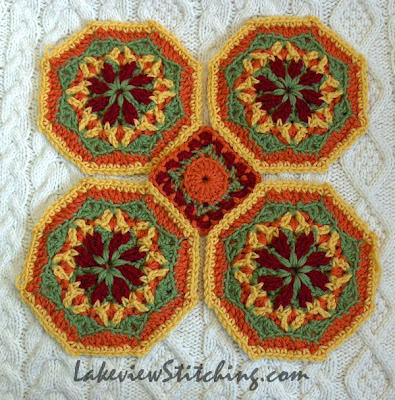 Yes, the square seems a little large for the octagons, but I think it will all work out when I sew them together.  It's not quite the same as quilt fabric!  There's lots of ease.

I have to say, though, that I am not completely happy with those squares, now that I see them in the photos.  I like the circle in the middle, but after that I may simplify things.  Anyway, there's no rush on this one!
Posted by Monica at 1:00 PM