New Plan for the Hexagons 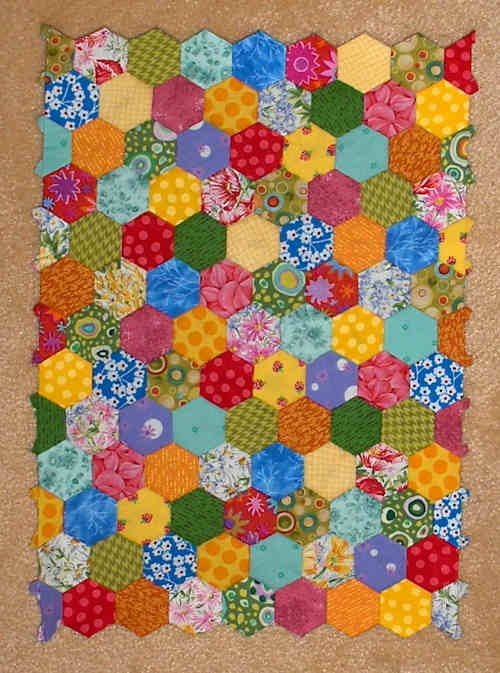 We all had a debate back in June about the half hexagons along the sides. I finally decided to take out the ones in the corners, but leave the rest. They were not easy to remove, which reassures me that the whole thing will be very sturdy!

My plan at the time was to put this panel in the centre of an appliqued border from Lori Smith's book, Fat Quarter Quilting. This is the quilt I had in mind: 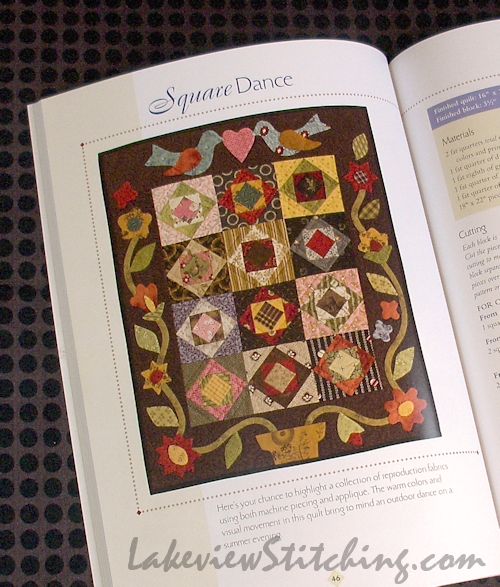 Part of the delay, though, has been that while I really like the idea of the vines and birds, I don't love the flowers themselves. This month I started to play around with something that I might like better, and this is what I came up with: 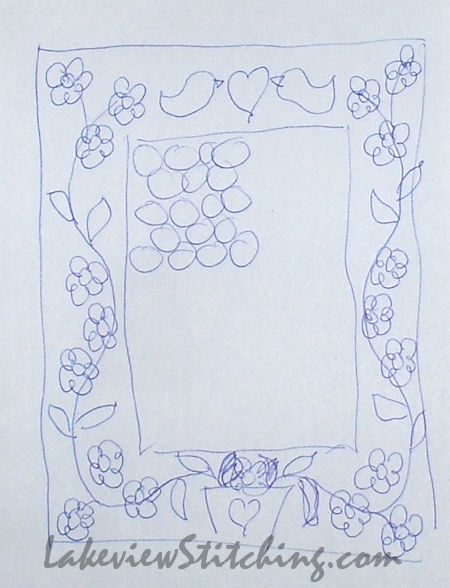 This is just a little sketch on a 4" x 6" notepad. I have found that it is much easier to make a small sketch, and then enlarge it all later. Also, with these notepads the paper is thin enough that you can put a previous sketch underneath and trace the parts you like and revise the rest. I went through three iterations on this with very little fuss. I did the same thing when I made the template for the flowers.

I thought quite a bit about making the flowers in the borders from hexagons too. I figured that using hexagons that were half the size of the ones in the centre panel would be the right scale. Those hexagons are 3/4", so the flower hexagons would be 3/8". I actually like the challenge of using the small pieces, but when I auditioned some hexagons beside the centre panel, it all felt too stiff. It's just too much, and I like the contrast between the symmetrical hexagon centre and the looser, "fluffier" round-petaled flowers better. I don't have a photo of that, unfortunately. You will have to take my word for it!

Tomorrow I'll show you my debate about the background fabric.
Posted by Monica at 12:59 PM