Lima Beans? Update?? I know, the beginning of this project was buried in another post, so it is unlikely anyone remembers it. But, it has been coming along this week: 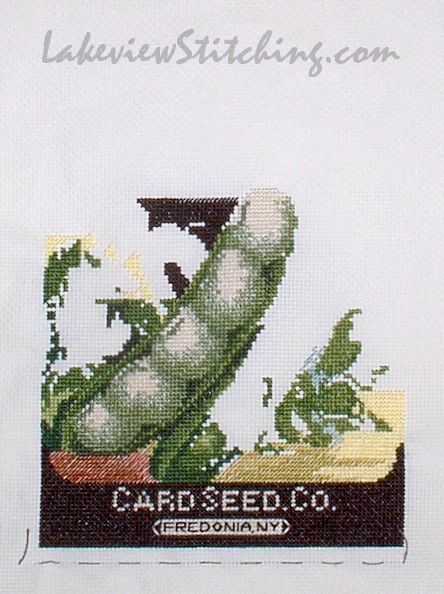 This is the first of four seed packet patterns from June Grigg that I bought in the early 90s and am finally getting around to.  The stitching is on 18 ct aida, and the texture and coverage are really nice.  I remember now that the texture is what attracted me to the projects in the first place, when I saw the samples in June's booth so long ago. I wish you could all feel it through your screens!

Other than some cross stitch and a few more stars, I've mainly been waffling about some design ideas this past week.  I've been over to Fabricland three days in a row now.  Yesterday I had finished my shopping and was driving out the driveway, when I had another idea and turned around to go back again! Most of my plans have been for the RVQG BOM, but today I cracked and bought some Christmas fabric too.  It's hard to say no to $5 per metre! And we need new Christmas placemats...
Posted by Monica at 6:07 PM