And here's my second big finish! 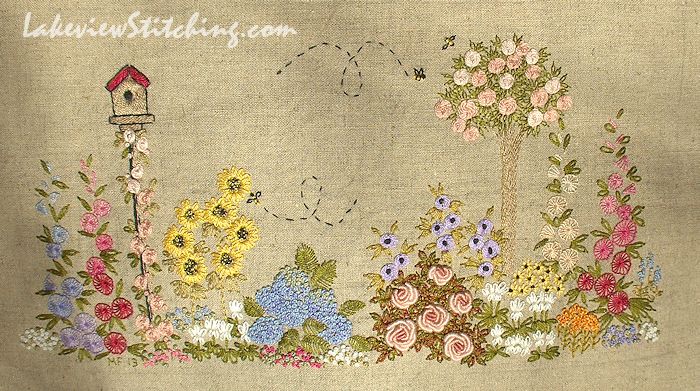 I put in the last few leaves yesterday. The shadows on the photo are from the sun shining through the tree branches outside, which is not ideal, but this is the best photo I could manage.

I ended up straying from the pattern significantly by the end. I started changing the pattern from necessity, because somehow my stitching had slanted up to the right. So I added the second row of white cyclamen under the rose tree. Then, as I mentioned previously, I separated the rose bush from the purple hollyhocks because I didn't like the way they seemed to grow through each other.

After that I pretty much stopped looking at the pattern! I took out the orange daisies that I had stitched earlier, and put in some local flowers, Black Eyed Susans and marigolds: 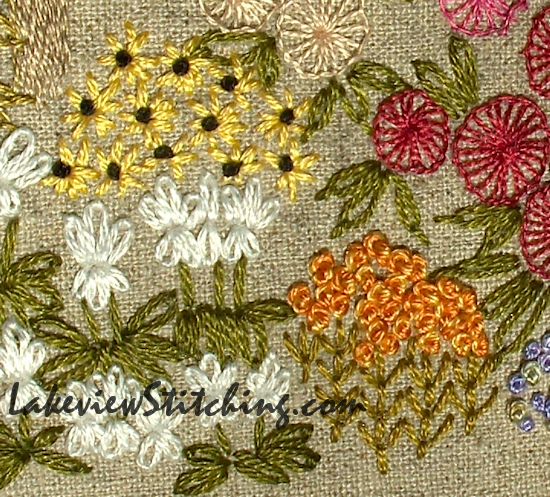 The marigolds were made with three strands of floss, two orange and one yellow, and Chinese knots. The stems were fly stitches.

I became somewhat obsessed with creating some variation in the leaves. In the pattern almost everything is detached chain stitches in the dark green you see above. But I know that real gardeners look for different textures in the leaves as well as the flowers, so I tried to do the same. I debated a great deal about the rose bush leaves, which I wanted to be dark and to relate to the heavy bullions. Finally I added a strand of dark red to two strands of the dark green, and stitched detached chains in sprays of five stitches: 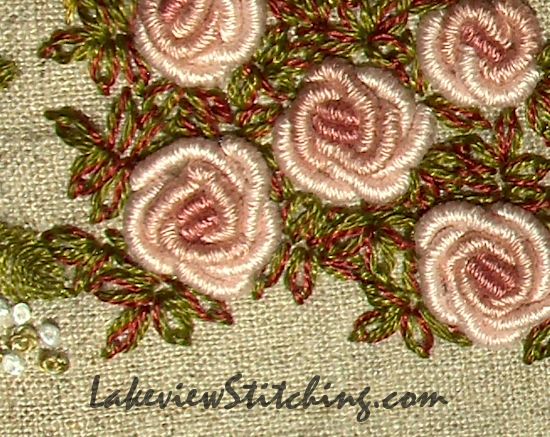 The blended thread answered so well that I also used it in the "leaves" of the alyssum along the bottom: 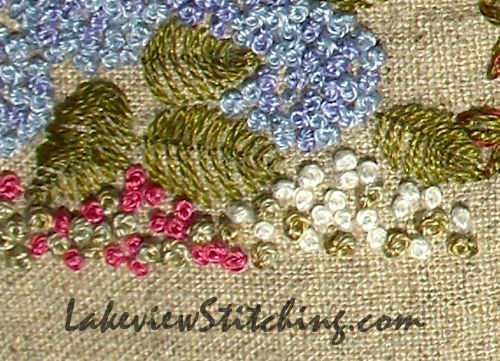 The pattern called for the alyssum to be scattered all along the bottom, but I had to organize it into clumps instead. I learned a lot about myself stitching this!

To further organize the foreground and background, I added some cool blue alyssum in a single strand of floss behind the sunflowers: 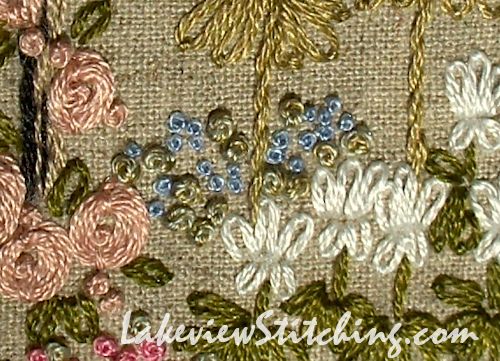 And in a similar effort I created some lupins to fill in the space on the far right margin: 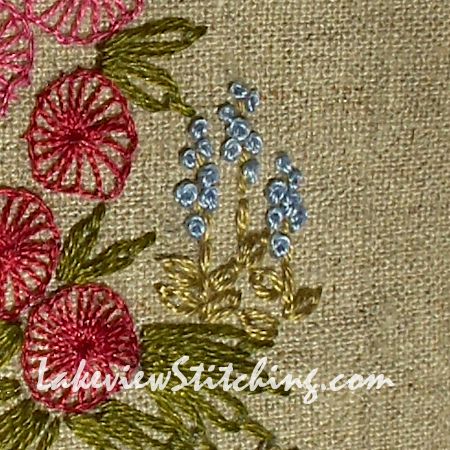 So that's it! This will be made into a needlecase. The kit came with a really nice pink gingham for the lining. I am going to redesign it with some pockets inside to hold packages as well as loose needles. Hopefully not too long from now!
Posted by Monica at 11:53 AM