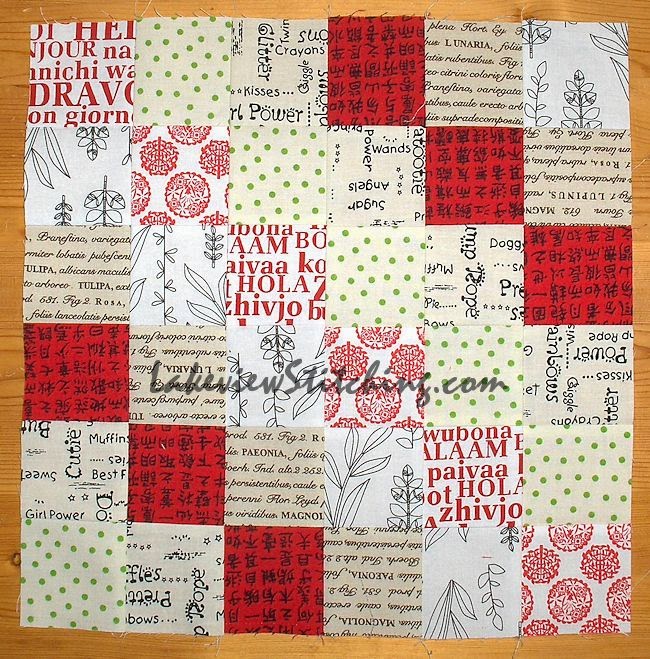 It is now well over a year since I last posted on this project, which is my variation of Bonnie Hunter's Scrappy Trips Around the World. After I finished Edward's quilt this project became more insistent, so I have been working on it again, on and off. In American football they say "moving the chains," because if you keep moving steadily down the field, 10 yards at a time, eventually you will score a touchdown.

I think this is going to be a whole summer of "moving the chains" as far as my projects go. No exciting plays, just steady work. For example, this Scrappy Trips project is not great for blogging. With its two colour scheme, all the blocks look pretty darn similar: 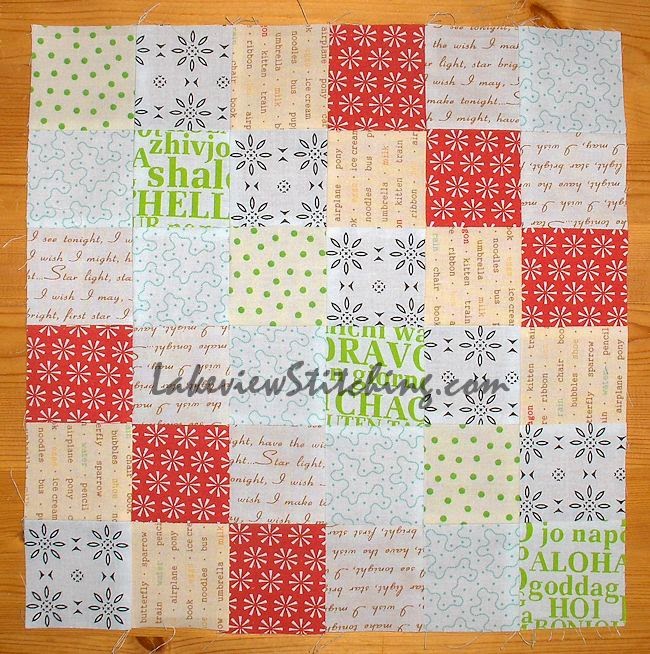 Although this second block shows the danger of text-based fabrics in the upper left corner, where "hello" has become "hell," lol.

I also will have quite a few offcuts left over: 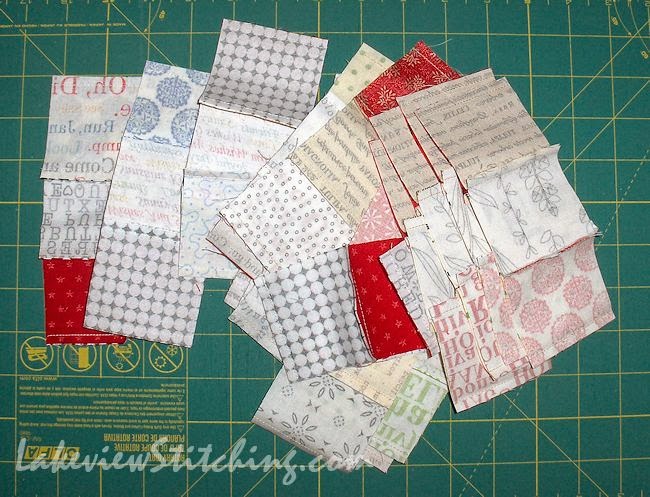 Each strip set yields seven or eight 2.5" slices, and only six are needed for each 12" finished block. With 12 blocks finished, I already have enough leftovers for more than 3 blocks, and I am debating what to do with them:

I'll have to see how it goes. In the meantime, I'm also still trimming hsts for my redesigned double star blocks, sewing a few hourglasses for the Hourglass Ticker in the right sidebar, piecing Texas Stars, cutting and appliqueing baskets, and doing a whole range of stitchery projects. I have a vague plan to finish one BFF block every Wednesday until that project is done. That will take me through to November!!

Email ThisBlogThis!Share to TwitterShare to FacebookShare to Pinterest
Labels: Bonnie Hunter, Red and White Quilts, Scrappy Trips Around the World