Semi-new project - Down in the Garden 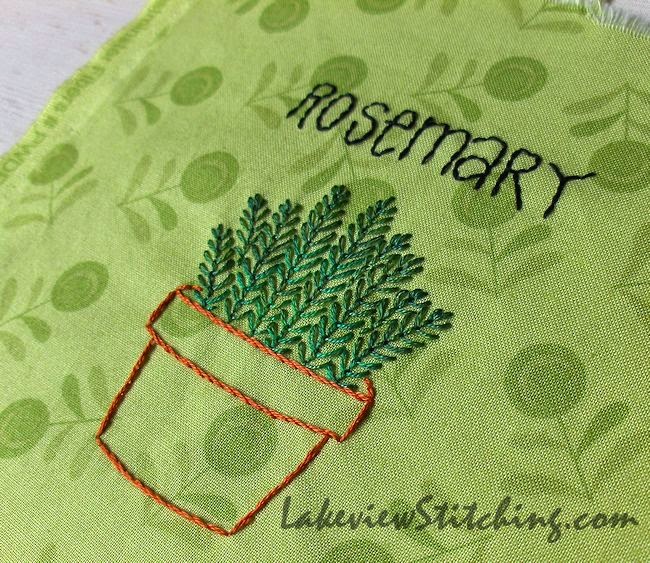 Darn, darn, double darn. I'm rolling along, sewing my circles for last week's new project, Jacks and Cats, when I catch a glimpse of a familiar project in the Sweet P sidebar, which takes me to Kaaren's blog, The Painted Quilt. The familiar project is Down in the Garden by Leanne Beasley, which I bought at the same time as Best Friends Forever (and Scandinavian Rose too, which is still in my stash), and which I have been working on now and then for the past nine months. 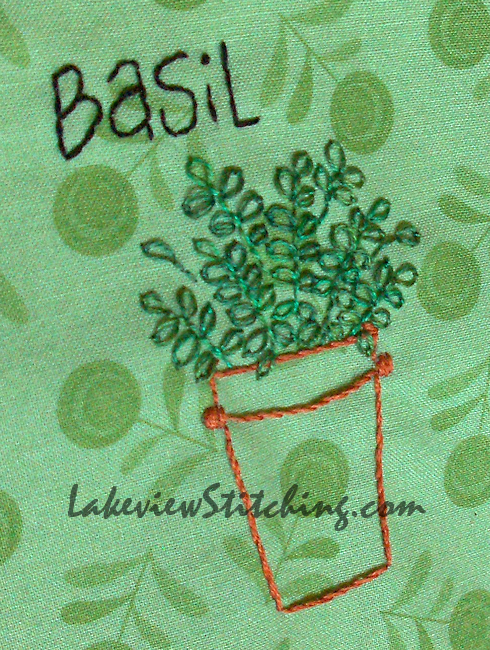 I showed it to you here, without properly introducing the project. There's been a lot of waffling since then! I said as much to Kaaren in the comments, and she encouraged me to just start anyway. I sent her a considered reply, explaining that I had just started a new quilt, and that although it was tempting, I could not possibly pick up this one too. 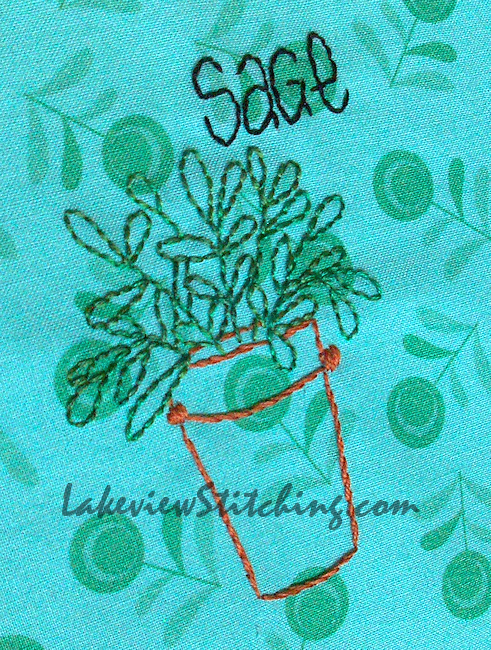 But here I am! With another new project to officially add to the books.

This summer I did most of the herb pots (two are left) that are scattered around the quilt, in addition to the Dresdens that I previewed back in March. I have used the same floss for all the herbs, DMC 4047 from their Color Variations line. I tried to differentiate the herbs by using different stitches -- fly stitch for the rosemary, stem stitch for the chives, round detached chain stitches for the basil, and backstitch on the sage.

I've been thinking about it constantly since I saw Kaaren's blog post.  She has started with Block Five, which has been the source of all my angst. 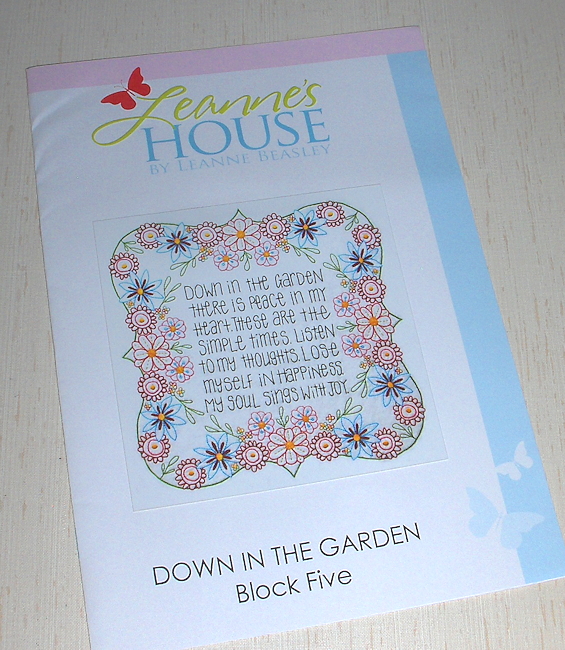 The designer has written a number of thoughts that are meaningful to her and framed them in the centre block. I'd like to keep this wall quilt in my studio space, so I thought the words should be meaningful to me. The core fabrics for my quilt will be Tamara Kate's Flight Patterns collection... 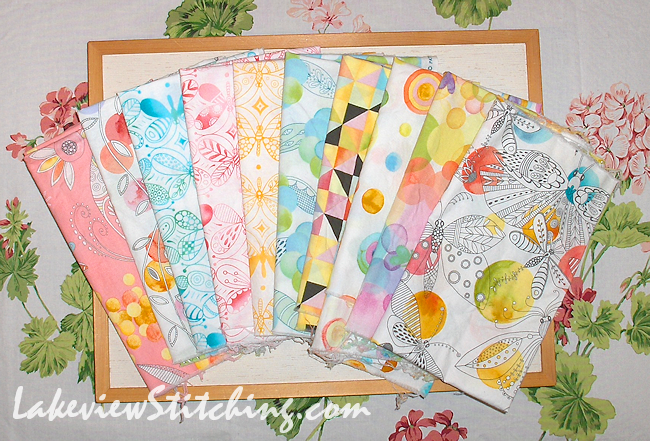 ...which include a lot of butterflies. Four of the other blocks also have butterflies. I really want to include bees as well, because I think they will be a good industrious symbol for the studio. After many searches on keywords like "butterfly," "bee," and "garden," I've finally settled on two quotes. Andrew Marvell for the Block Five centre:


And, as it works,
the industrious bee
Computes its time
as well as we.
How could such sweet
and wholesome hours
Be reckoned but with herbs and flowers!

...and this great contrasting quote by Tagore for the surrounding blocks:

The butterfly counts
not months
but moments,
and has time enough.


Sometimes decision paralysis is the biggest obstacle for me. Now that's decided, maybe things will start to move along!

And hey, since it's still Wednesday, I'll link up with WIP Wednesday at The Needle and Thread Network as well.
Posted by Monica at 6:46 PM

Email ThisBlogThis!Share to TwitterShare to FacebookShare to Pinterest
Labels: Down in the Garden, Embroidery, Quilt Design, Stitchery