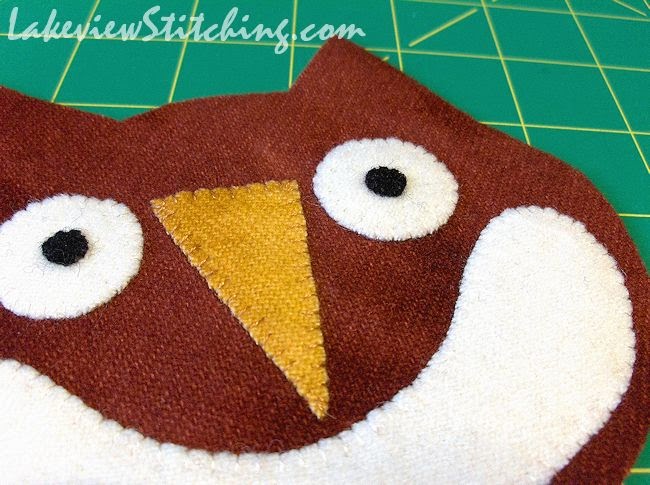 There's been progress on many fronts on my Jacks and Cats Halloween quilt. Last time I showed you all the felted wool cats glue basted and ready to sew. Now they are all sewn together and ready for the next step. Somehow the stitching makes them even cuter!

I've also prepped the pumpkins (Jacks). At the end I had an extra set of eyes! I guess the cyclops pumpkins threw off my count: 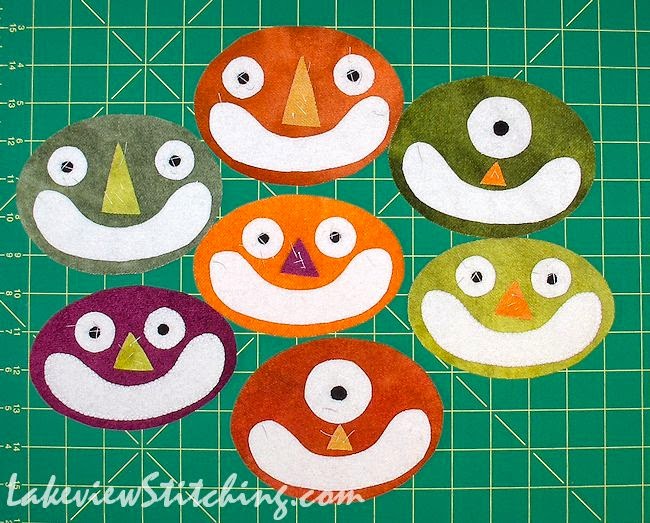 I remembered early on that the Roxanne Glue-Baste-It is not enough to hold everything together while I stitch, especially since I don't like to use too much. So you can see that I've added a few basting stitches as well. The pumpkin stems, vines and leaves can't be added until the faces are stitched onto the backgrounds. 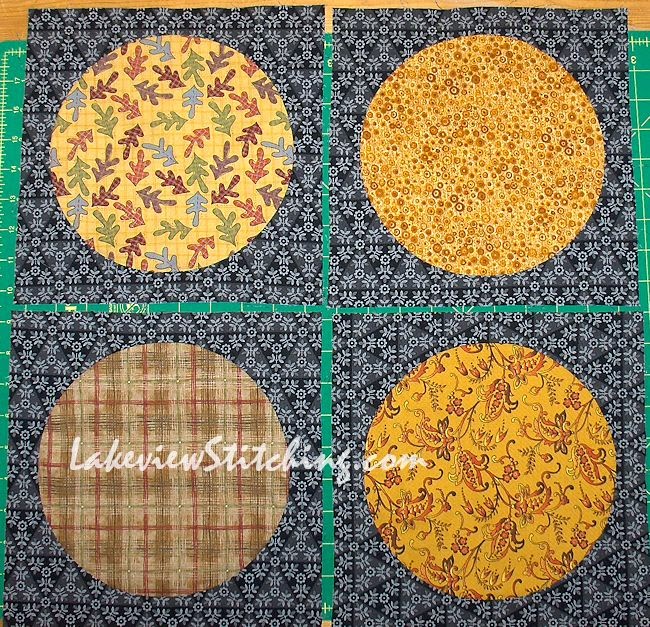 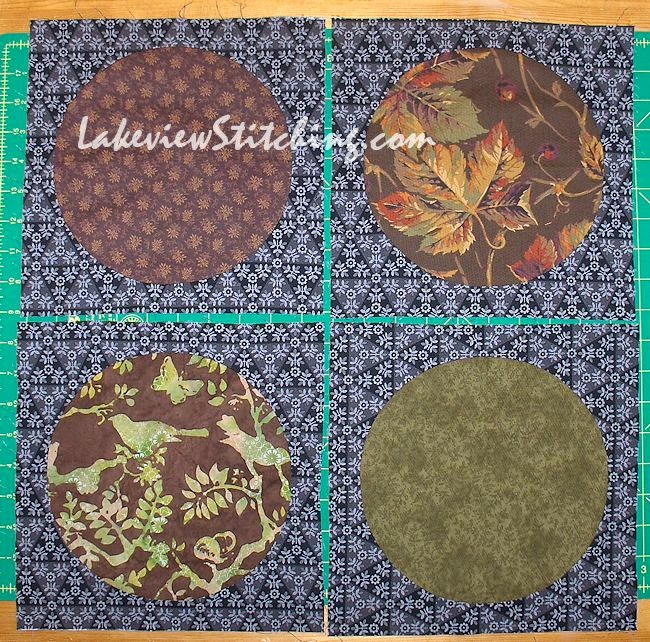 After the circles, the next layer is a wonky starburst, which I decided to make from my fall coloured homespuns. They are horrible to work with! Too loose and stretchy by half. But, they do look pretty nice: 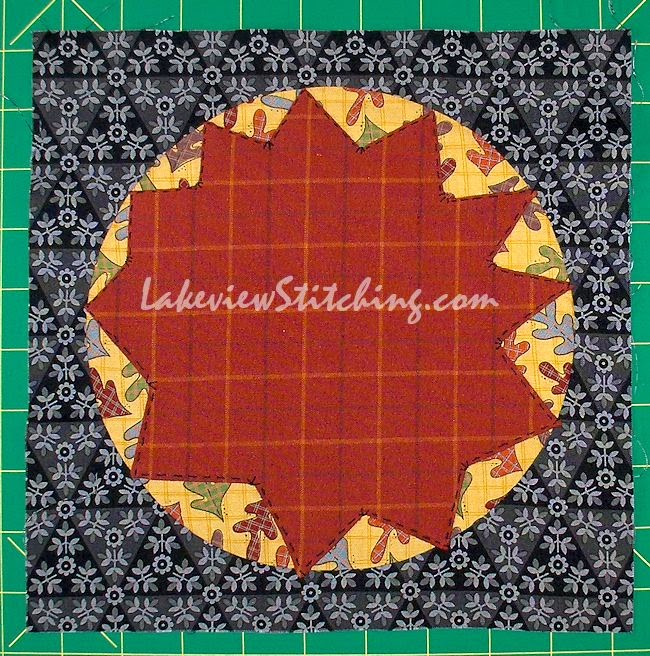 I thought these stars would be the perfect opportunity to try out some running stitch applique: 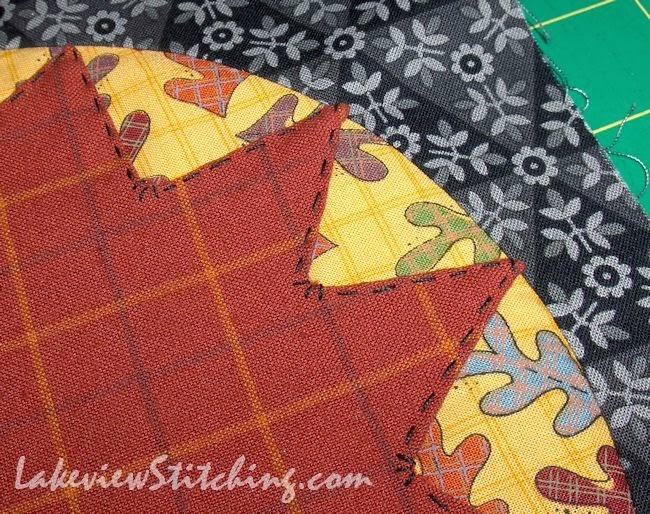 I first saw this technique in Piece O'Cake's book, Applique with Attitude, and I've been waiting several years now to try it. It is stitched with #12 perle cotton, the edges are turned, and the inner corners all have a little crow's foot to hold them down. I love the way it looks! Plus, it feels surprisingly sturdy, and I don't think it will fray. I won't be cutting away the background, though.

However, I still need more practice with it. My stitches got smaller, tighter, and closer to the edge as I went around the star. It was not an improvement! I will probably have to back out some of the last stitches.

Here's an idea of how it will all go together: 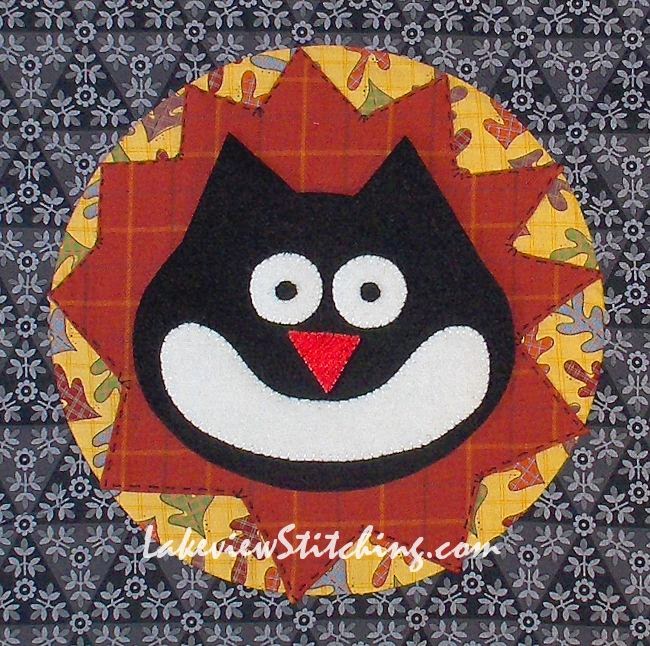 It's a bit of a fibre lover's dream, this quilt! The mix of textures, colours and patterns is very satisfying.

In all, I think I am still less than half way, but I'll probably pack it up for a while now. I think I've had my fill of fall colours, because for the past couple of days I've had the most incredible craving for flowers!
Posted by Monica at 1:09 PM