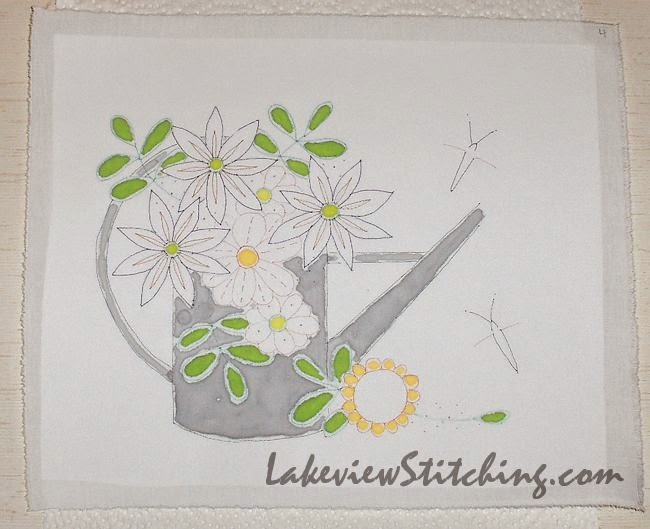 In Part 1 of Ink Week, I inadvertently created a splotchy pattern with the Cerulean Blue Tsukineko ink in the border of two of my birdhouse blocks for Leanne Beasley's Down in the Garden stitchery quilt. In the end, I liked those ones the best, so I thought I would do the same technique to fill in the watering cans in four of the other blocks.

However, I learned that the Cool Gray ink behaves rather differently! The blue ink really moves out the edges of the brushstroke, while the grey seems to even itself out. In the photo above, the splotches have almost vanished.

I also learned that the ink tends to settle to the bottom of the cup over time. This was actually helpful, because you end up with more pigment at the tip of the brush, which then pushes out the edge of the brushstroke. So the last piece I did came out splotchier, as you can see in the photo I took while it was still wet: 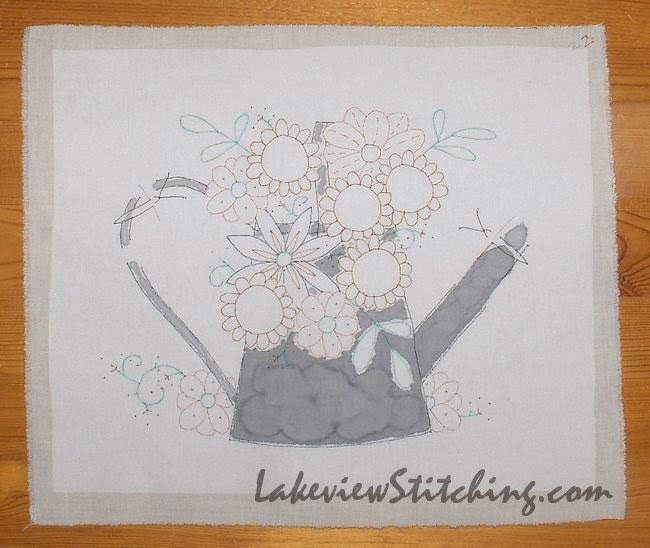 But, once it dried, the edges of the strokes still blended out: 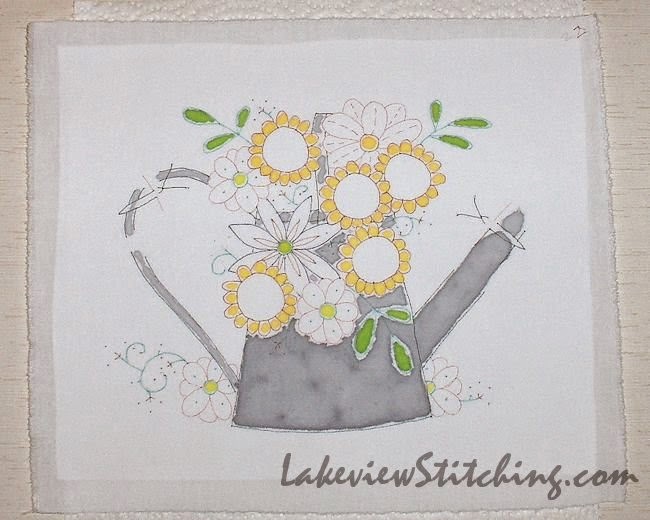 Which is fine! It still has that watercolour feel to it. You will also notice that for these blocks I decided that it would be better to have a thin white edge along the line, than to let the ink go over. It will be interesting to see how it looks once the lines are stitched!

Until this point all the inks were used straight out of the bottle. The colours for the leaves and flowers, though, are all mixed from two or more inks. 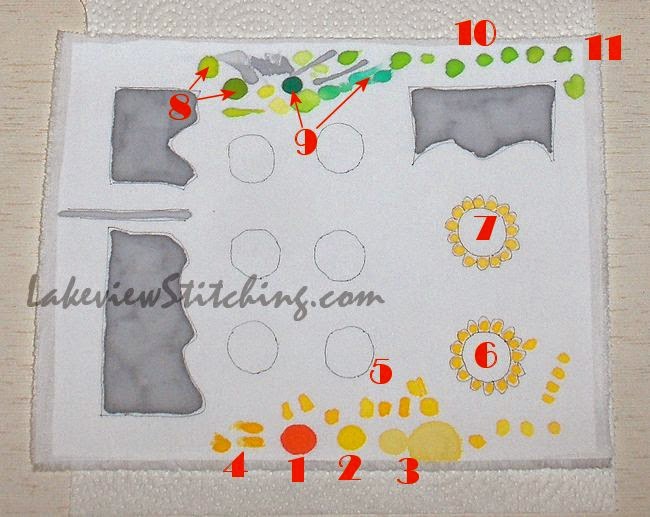 After finishing all the grey parts, I started to mix the colours:


There are also diluted lime, and a lemon-lime mix in some of the flower centres. Here's that yellow orange from #7: 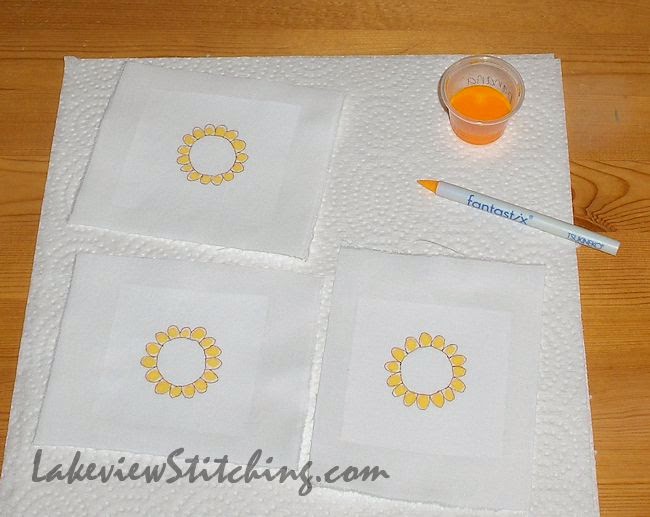 I still have the centres of the yellow flowers, and the three other flowers to do, which will amount to four separate sessions with a dry in between each one. I'd like to do it in one day, but it may end up being two more. I'm past the "white knuckle" stage though, and it's starting to be fun! You can already see the blocks coming to life: 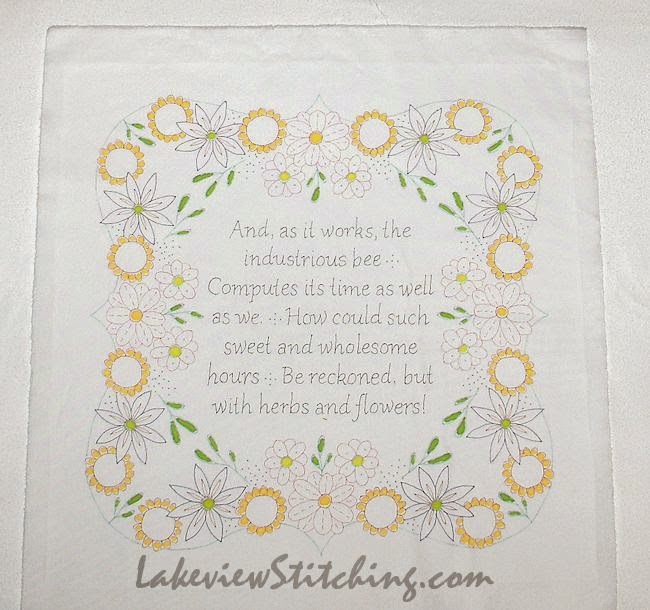