Near the End on BFF

At the end of Ink Week, one thing that became clear to me was that I was ready to close out my current stitchery project, Best Friends Forever by Rosalie Quinlan. Now that all the individual stars are finished for Texas Star, I am also ready for my next English paper piecing project, which is going to be the setting for BFF. So I have two strong reasons to finish the stitchery portion of this project! 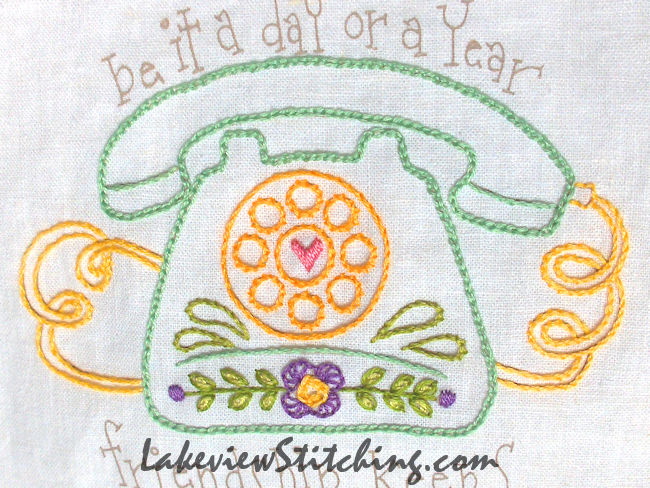 Today I have just finished the telephone, which is part of a motif from Month 6, and I'm about to turn on the tv and backstitch all the lettering while I catch up on a few episodes of CBC's Strange Empire.

Since it's Sunday and I haven't linked to Slow Stitching Sunday in ages, I thought I'd do that too! Recently it's seemed like Sundays have been a good day to devote to the sewing machine, but today I'm going to kick back. Plus, I'm keen to finish this up now!

The original, eight-month Block of the Month had 32 hexagon motifs. As I'm not doing them all, a smaller but still nice layout will be 22 hexagons, roughly like this: 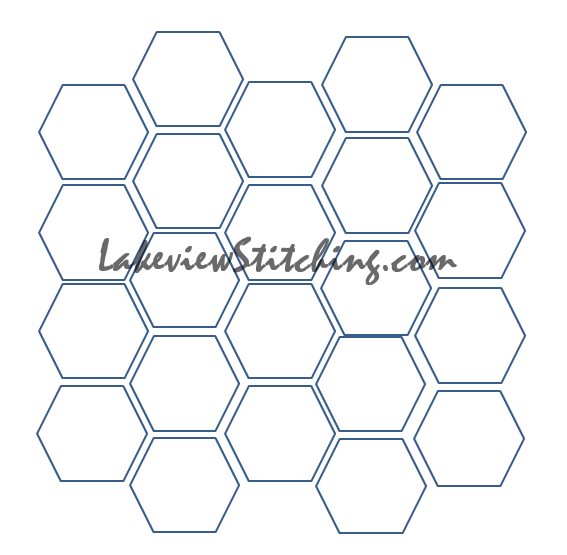 Including the telephone, I need three more, so that's the plan for the next while. My cross stitch snowman is back on hold, by the way. My cross stitching neurons are rusty, and I was making mistakes all over because I was rushing it. BFF may not be Christmas-y, but it will sure feel like a nice gift to get this phase of the project done!