The new 2015 Block of the Month at The Quilt Show is Lynette Anderson's "My Country House." You can click here to see the whole quilt.

When the quilt was first revealed in late 2014 I was very tempted, but I decided that I already had enough similar projects on the go. Did I really need another? On December 31 I decided that I did. If I reduced it to 3/4 scale, it would make a nice wallhanging. BUT, I decided that I was not going to spend more than one week per month on it, so I would still have time for everything else.

That plan has failed completely, as you can see. 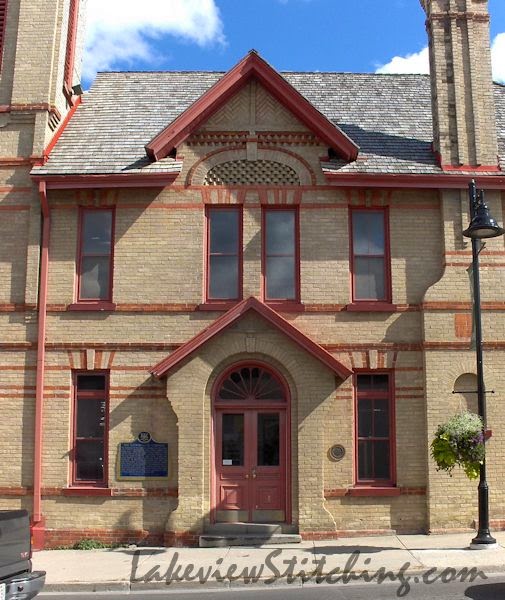 Most of the old farmhouses are mainly red with yellow corners, but for design purposes I thought red edges would read better. I made a template for the bricks with 1/4 inch graph paper: 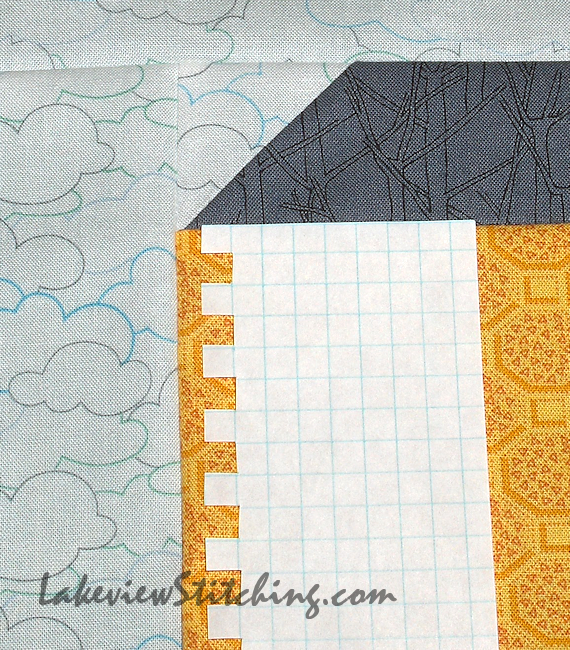 I marked the bricks with erasable pencil: 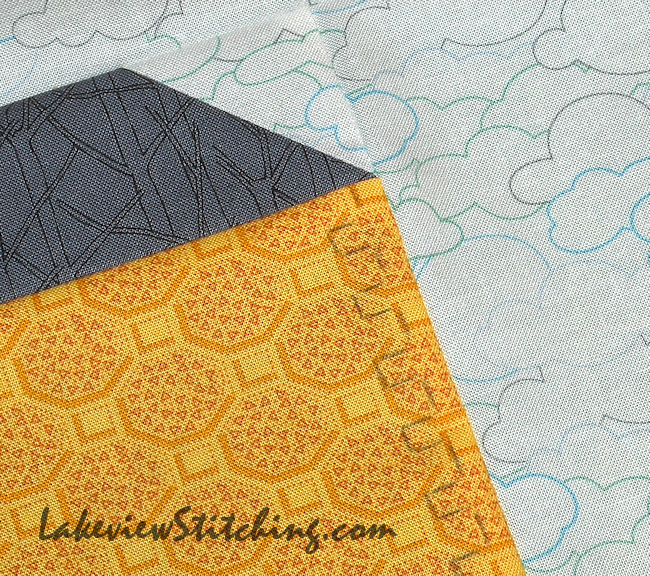 My plan was to quickly work up the sides with some long legged blanket stitch to represent the bricks. But the fabrics were just too heavy to make neat blanket stitches. Plus the 1/2 inch "legs" were too long. So I have been satin stitching the bricks. For three days already.

I made a similar template with the graph paper for the white gingerbread across the eaves, but I guess I didn't take a picture. The gingerbread is stitched first with blanket stitch half pinwheels, and then I went back and put a Colonial knot at the end of each "spoke." 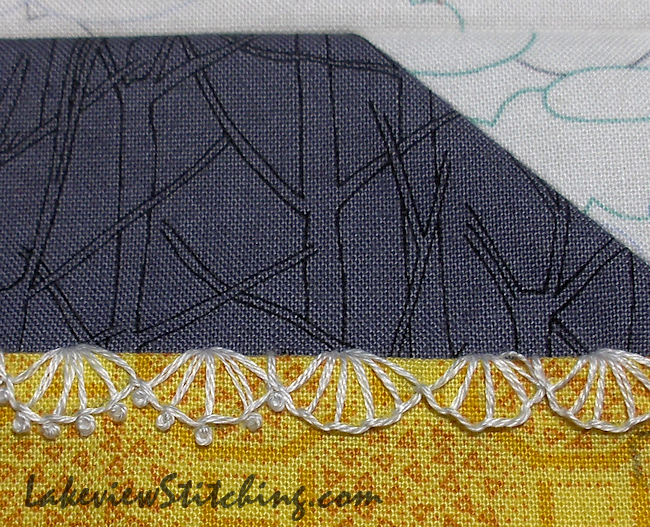 I know there is a loose thread there, which is driving me nuts. I will see if I can tighten it up without doing it over again.

I lost eight days to flu this month, so I have only spent about five days so far on this project. But there is a lot still to go -- windows and door, chimneys, trees, sheep, funny blue chicken, and the postage stamp border!

But -- don't laugh too hard -- I really believe I can catch up over the next few months!

(Actually, I think I can work ahead, because the piecing is all pretty straightforward. Time will tell!)
Posted by Monica at 6:31 PM