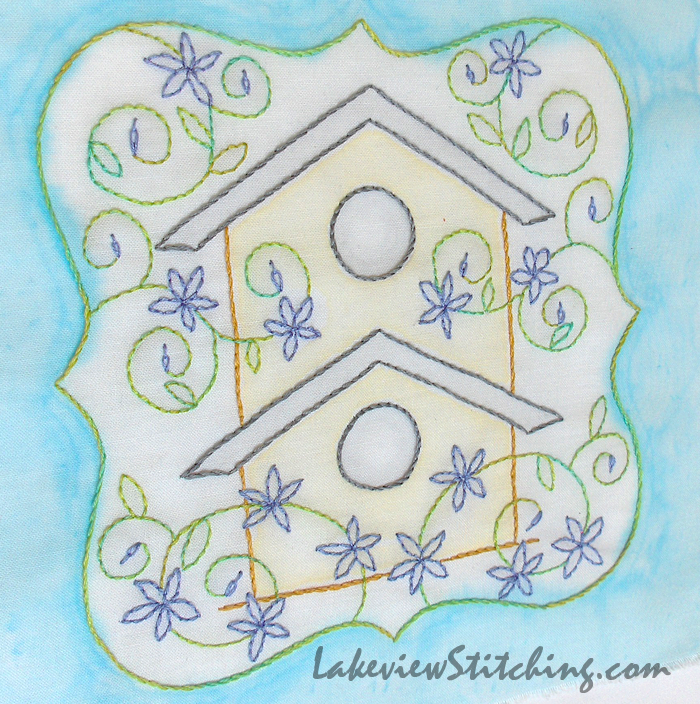 Here's the first birdhouse stitchery that I've finished for Leanne Beasley's stitchery quilt, Down in the Garden. It will finish at 7" square, and there will be four all together, placed around the corners of the quilt.

Back in November this was the first block that I used for my Ink Week experiment, and the birdhouses were the reason for the ink in the first place. I was very concerned that the flowering vines would over power the birdhouse. So, I thought that colouring it in with the ink would keep things organized and clear. Even though the ink turned out very pale, I think it still helps.

The last time you saw this block, it looked like this: 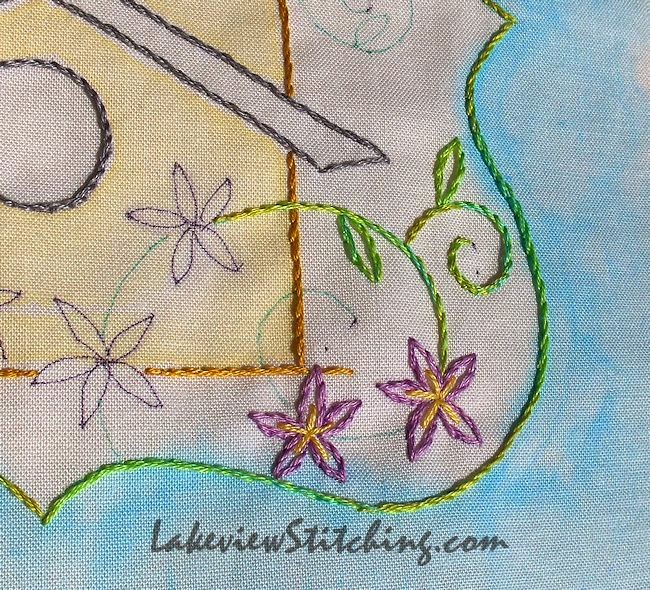 The leaves and flowers were all in stem stitch, and the purple was DMC 209. Normally I like that shade of purple, but against the almost fluorescent green and blue it looked surprisingly brown and drab. It has been sitting around for months, but this week I took it out in daylight, and realized that it had to change. Here's the same section now: 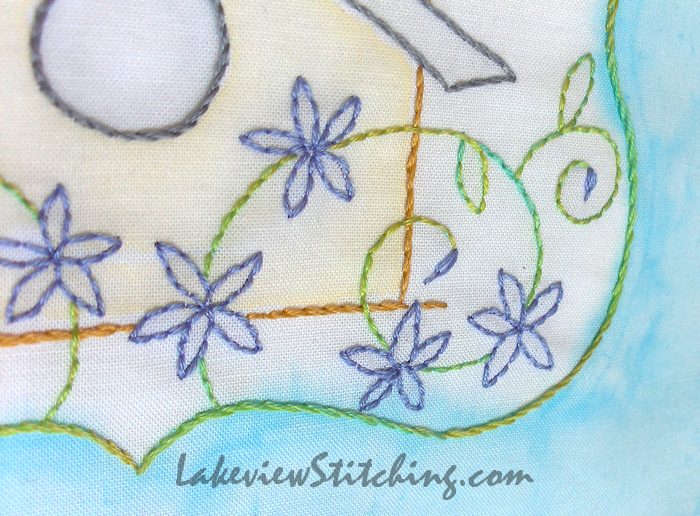 I changed the flower colour to the periwinkle DMC 340, and stitched everything in back stitch instead. The yellow is true in the second photo, it is very light. I think it was much better to keep the stitching light and fresh too. I've revised the colours for all the flowering vines several times, and I've realized now that it will be best to keep them all bluish and cool.

Now that's all decided, I have fresh motivation for these birdhouses. For a couple of months I've seriously considered redoing them completely in applique to give them more oomph. But I think the real problem is that all winter I was looking at them in artificial light. It all looks different in the daylight, and I think it's finally coming together. (In my head, I mean -- there's still plenty of stitching left to do!)
Posted by Monica at 12:04 PM

Email ThisBlogThis!Share to TwitterShare to FacebookShare to Pinterest
Labels: Down in the Garden, Embroidery, Quilt Design, Stitchery, Tsukineko inks