aka Dreaming in Colour 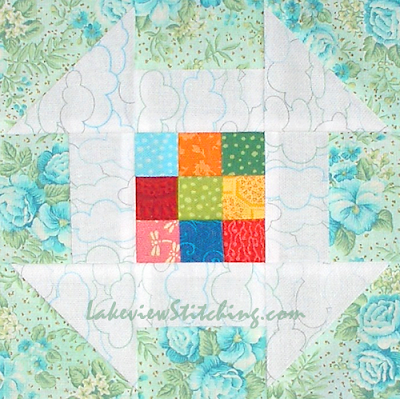 Doesn't that block look like the very definition of dreaming in colour? I chose a "high summer" colour scheme for my version of Lynette Anderson's 2015 BOM, My Country House. So I guess it was natural that I gravitated back to it during my summer break. I'll tell you more about my break next week, but right now I thought I'd slide in just one post before the long weekend.

You may remember the centre block: 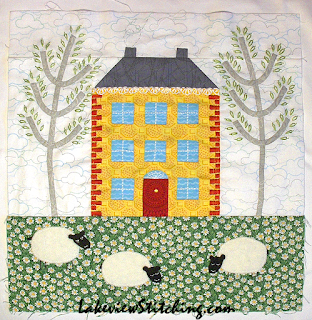 After a couple of inner borders (still to do), the design has 13 pieced blocks and 7 applique blocks. I planned all the piecing in advance, and one day ironed and cut all the fabric in one fell swoop. For me, that's just easier and less confusing than ironing and cutting the same fabric multiple times.

My goal was to make each block as interesting and unique as possible, and to see how many "looks" I could get from the same designs. This is the second churn dash: 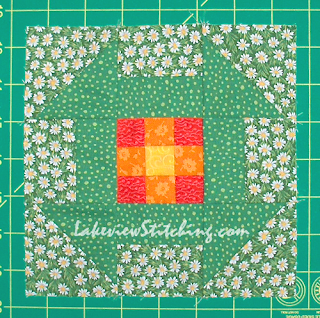 One light, one dark, but actually a similar idea with the negative space, I've realized. Still, I think it will take the viewer a few moments to realize they are the same block.

Despite all my plans, somehow I still ended up with two red Ohio Stars: 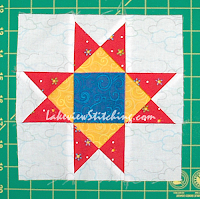 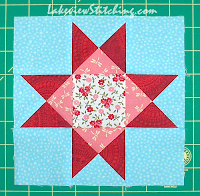 For Month 5, Lynette Anderson made this Golden Gate block: 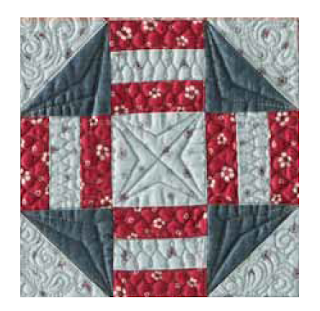 I changed the placement of fabrics to make them look more like Shoofly blocks: 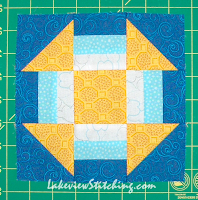 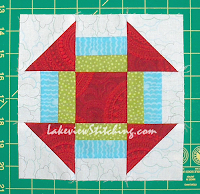 Doesn't look like the same block, does it? In general, I changed the blocks to make the main motif less dominant. Because I used such bright colours, I felt the pieced blocks were in danger of dwarfing the applique blocks. We'll see in a month or so if my plan worked! 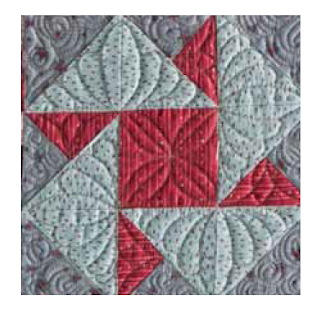 This is nice and balanced in her subtle colour palette, but I really struggled to make it work in mine. Finally I decided to replace it all together: 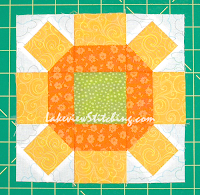 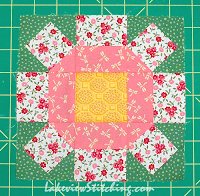 I've been seeing these Rolling Stone blocks everywhere (Lori Holt calls them "sunflowers"), and they fit with the same 3 x 3 construction that Anderson uses, so I went for it.

I'm not sure of the name of this last block, because it hasn't been officially released yet. But, after playing with it for a while I found a star shape in the centre, so I'm calling it Found Star for now: 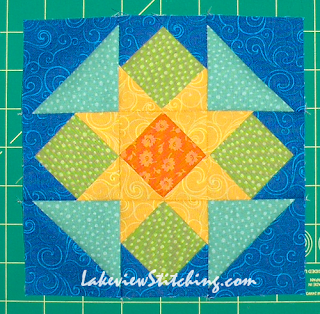 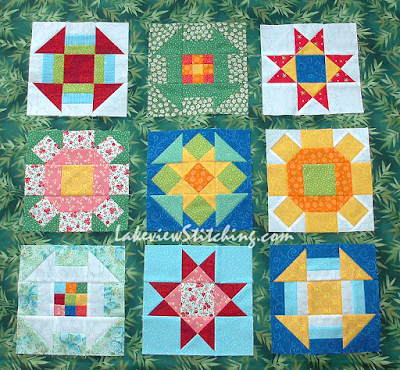 Just four left now. Have a great long weekend, if you're having one, and I'll be back next week!
Posted by Monica at 2:45 PM