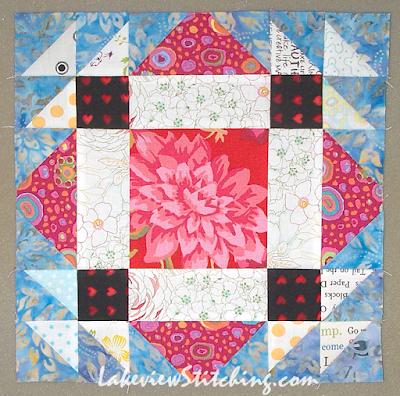 Well, this is the last link up of the main phase of Bonnie Hunter's 2015-16 mystery quilt, Allietare. I feel like I've been working steadily since the reveal on New Year's Eve, but I don't have a lot to show for it yet. I do have a random selection of photos and reflections on the whole mystery process, and I hope they'll be in some kind of order by the time I finish writing!

While many people have already finished their flimsies, as you can see in the link up here, I know many more have not, so I don't feel too bad about that. I hoped the challenging pace of the mystery would shed some light on why all my projects take so long. It sure did! My lesson about scope creep, which you can read here, has led me to rethink many of my projects.

I admit there is some more scope creep happening now. But I hope it's justified! Fussy cutting many of the red squares, which you can see here, was one extra bit of work. The other "issue" is these star blocks: 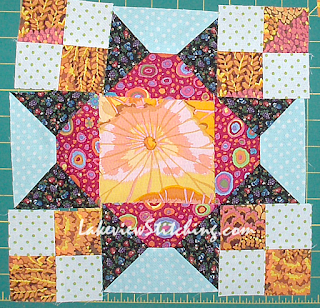 I folded up one of my gold fabrics just to lay out the block, which is why it looks lumpy. Fortunately, I don't like the way it looks at all. The bright gold makes the red look dull. And in other blocks, the bright reds make the golds look dull. So, I say fortunately, because now I have the excuse to make the pieced centres that I wanted to make before the final reveal.

It's funny, too, because I went to so much effort to make sure the reds and golds looked good with my blue batik, but I didn't consider how they looked together! So, that's a hint about where things are going, but you'll have to wait until the next post to see the outcome. :D

Even though I don't like my golds with my reds, I was surprised at how nice the block looks when all the light backgrounds match: 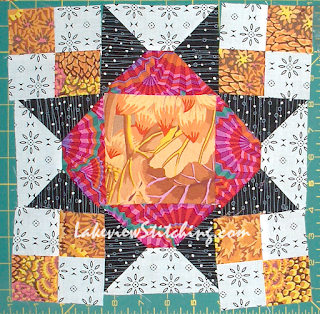 I won't be able to do that every time, but it will be a fun thing to keep in mind when I finally lay out the star blocks.

Laying out all the red blocks was the big job this week. First I put all the Week 2 matched sets up on the design wall. Then I put in all the centre squares: 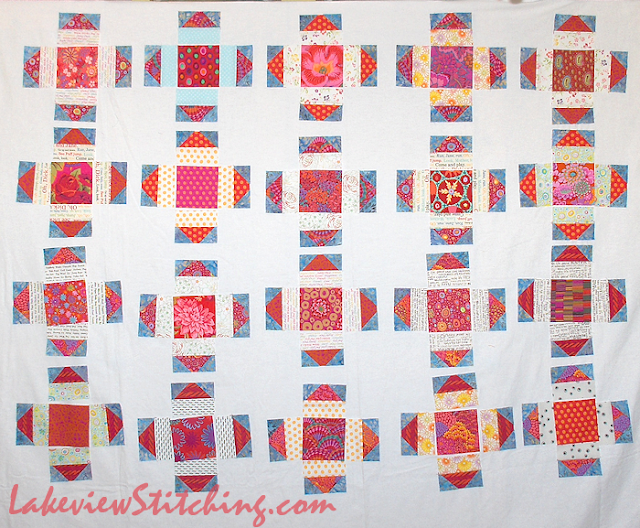 It seemed ok at first, and I thought that was pretty easy. But then I added all the corner units, and a lot more tweaking ensued! Some blocks never changed, and some changed several times: 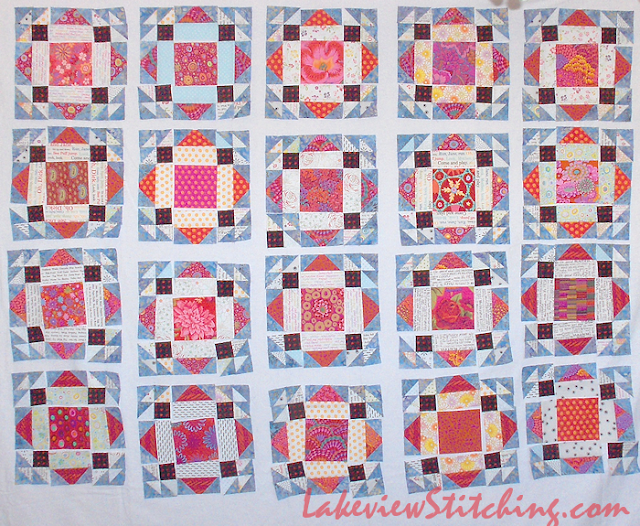 My goal was to show off the fabrics to their best advantage. As I learned with the stars, not every Kaffe fabric looks good beside every other Kaffe fabric! But I think I got there. I quite like this combination of the Herringbone and Shirt Stripes patterns: 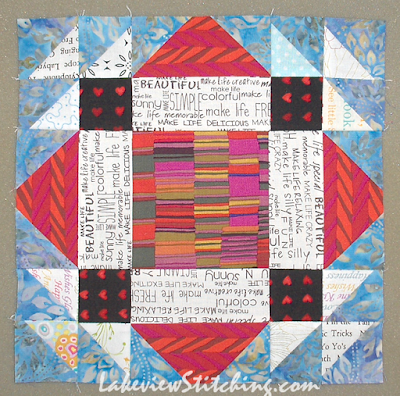 I also lucked out with those red hearts -- I think they tie into this block perfectly. It felt a little lazy to cut all those black squares from the same fabric, but it really worked well this time.

I wanted to use that same red hearts fabric for the black border, but I couldn't do it without making the border a lot narrower. So I went online. Both the Herringbone and Shirt Stripes shown above come in a great dark blue that would have been a nice, calm finish for the quilt. In the end, though, I went with a more exuberant scheme. I can't wait to get the package and see how it looks!

In the meantime, there is still tons of sewing to do: 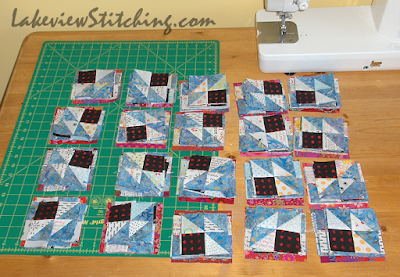 After these 20 red blocks, I have all 30 of the star blocks, with many Week 4 sets still not finished, and the extra piecing as well. Plenty to do! But, I am sticking with it until it's a flimsy.

Overall, this mystery has been a great experience, and I really appreciate the time Bonnie takes to publish this free design and organize the link ups each week. It's like a design workshop where everyone else does the work! It's so interesting to see all the different variations. Even though I'm still sore, I would certainly consider doing another in the future. I envy those quilters who can sew all weekend! "Run your own race," is what I keep telling myself.

And even though the link ups are over, I'm sure I'll have plenty more to share. (Edit: Click here to see all the Allietare posts before and after this one.) I know I've added a few more followers, so welcome! I'm sure everyone can squish up to make room for a few more. :D 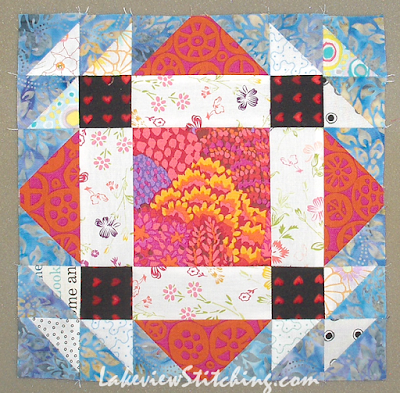