For the Gwennie-Inspired Medallion quilt along, the theme for Month 3 is log cabins, and the Month 4 theme is stars. I hoped that my bear claw blocks, that I rejected in Month 2, would still be useful. This is their chance! Mama bear and baby bear are now Ursa Major and Ursa Minor, the two most familiar constellations in the northern sky. 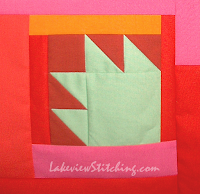 In North America we know the Big Dipper and the Little Dipper, which are the brightest parts of Ursa Major and Ursa Minor. In Europe they see it when it is rotated around, and call the Big Dipper the Plough.

The Big Dipper has seven stars, and the Little Dipper has six, so I chose seven big bear claws and six small ones, and filled them out with some log cabin piecing. Two for one!

But really, it was the "log cabin" theme that unlocked the entire design for me. I thought it would be different to wrap strips around the whole medallion, log cabin style. A few others had the same idea! From there it was a short hop to the idea to continue the light/dark layout through all the borders. 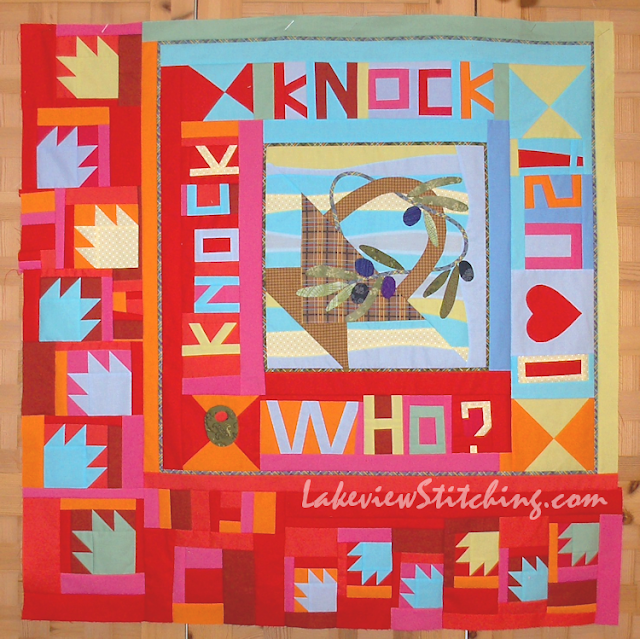 I also sewed together all the small "crumbs" that were left over from the log cabin strips, and used them to fill in a few of the gaps. 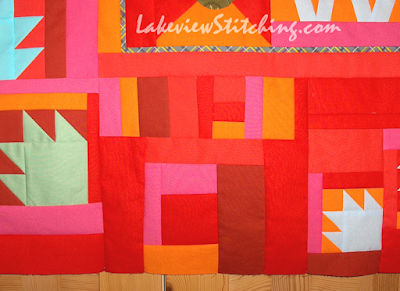 And I used the brown and grey printed plaids from the centre block to make two 1/4" (6 mm) key line borders. I've been keen to try this tutorial by Barbara Robson for a skinny border, and I'm happy to say that it is easy and it works! 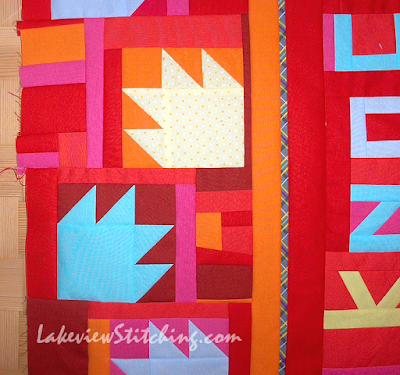 Those are the same plaids, by the way, that I've been using to make rosettes for Brinton Hall.

The last theme, for Month 5, is "Something Fishy." That will fit perfectly on the remaining two blue sides of the medallion! It's all coming together now. :D

Fortunately for me, Lori says the final link up will be open all month. I'm going to take a week or so to finish it up before my next post. Might as well do it right!
Posted by Monica at 12:27 AM