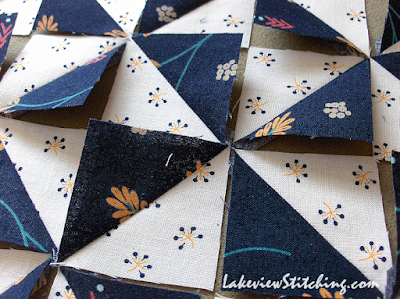 After three days of work on my second new project this week, this is what I have to show. They look like they're about to fly away, don't they?

What am I making? A slightly simplified version of this... 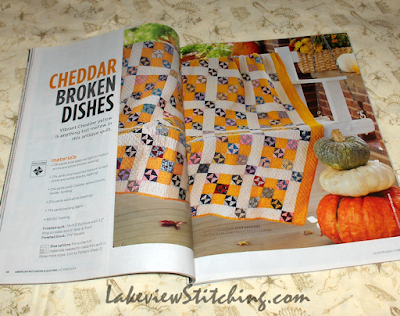 Cheddar Broken Dishes is a vintage quilt that was included in the October 2016 issue of American Patchwork & Quilting.

I decided to make it based on some dark photos of the magazine that I saw online. There was some debate about that white sashing, but it seems clear to me that with dark beige or tan sashing the quilt will be both warm and elegant. And a cheddar quilt has also been on my list for several years now! 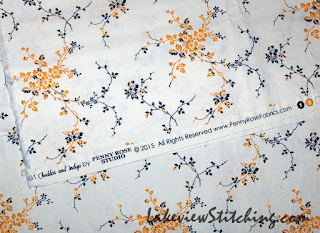 It turned out that in 2015 there was a "Cheddar and Indigo" fabric line from Penny Rose Studio that had all the cheddar, indigo and white fabrics I would need. Of course, I didn't stop there. 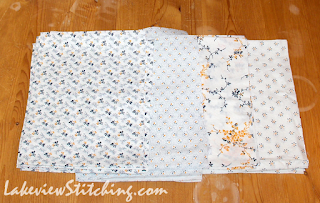 But, I did really love the warm white colour of the fabric stock. Between local and online sources I found enough of the four whites in the collection to make the whole quilt. 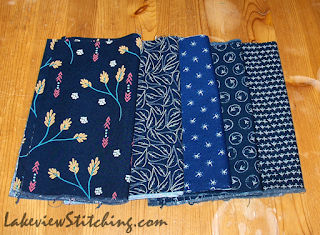 Most of the indigo in the collection was sold out already. I found the middle one in the clearance bin. The others are indigos from different collections. 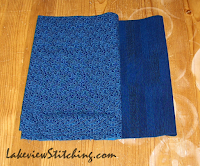 At home I found these two in my stash. 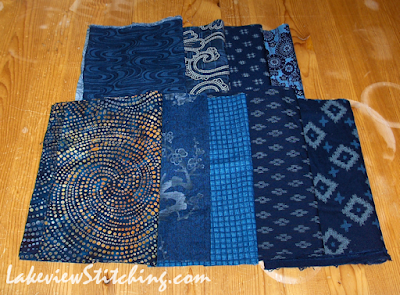 And then, not in my stash but in an old project bag stuck in a box of old crockery, I found these treasures! They were meant to become all-indigo, hand pieced log cabins based on a project in Patchwork Tsushin. That did not happen. But, they had a quick wash and now I can't wait to see how they play in the broken dishes. 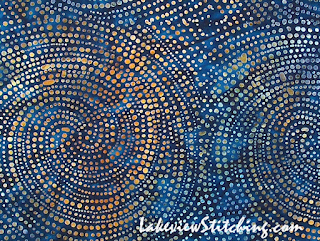 I mean, seriously, look at this batik! Thank goodness I found it.

Between this project and my other new project, Wild & Goosey, every level surface of my sewing area is covered in triangles. A strong wind would be a disaster! Plus, I think En Provence will finally get to the fancier triangles this week too.

I thought about starting three new projects this week, but for now, I think these two will hold me. I think I can fit in one more post before Christmas, but, if you're taking off now -- Happy Holidays!