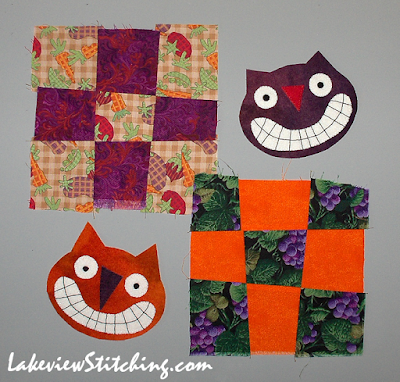 So yes, they're very cute, but I think that my Hallowe'en diversion with Jacks and Cats is over for now. It is just over six weeks until the next Bonnie Hunter mystery, and before that


At least I finished up all 55 of the wonky nine patches I planned for Jacks and Cats... 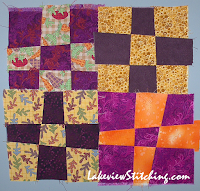 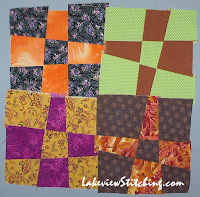 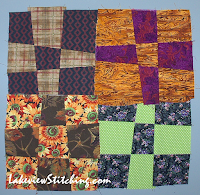 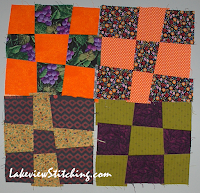 ...and that feels like a natural stopping point. They will be trimmed to different sizes depending on where they end up in the quilt. Next time I open the box, I will have to finalize my plan for the applique. Right now that still feels tricky, so it's back to the basement for this project!

Technicolor Turkey is going really well, and I'm feeling good about that. And about 20 months after I bought it, I've finally realized that I don't like the fabric I bought for my Allietare border. New fabric is on the way! So I'm hoping that will be an easy finish now too.

With the year end approaching, my list of 2017 finishes is feeling too short. I'll have to see what I can do about that!
Posted by Monica at 7:04 PM