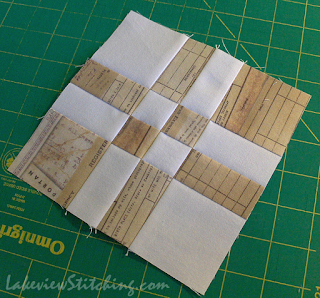 My first new project for 2018 is The Patchwork Barn, a BOM designed by Edyta Sitar for The Quilt Show. My plan was for a refined and restrained, mostly neutral colour scheme, with hints of soft green and gold. Traditional prints. 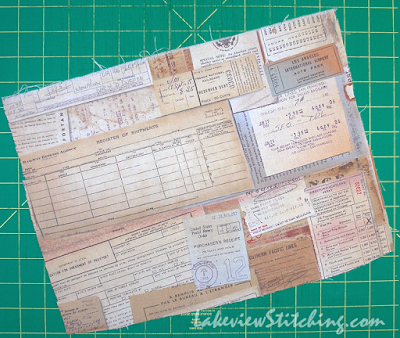 Then one day this week my eye happened to land on the project box for El Camino SoCal, with all the Eclectic Elements fabrics by Tim Holtz that I've been using for the background in that project. They were exactly the golden taupes and warm greys that I had in mind!

Even though they are not traditional at all, they still have the pale "rows of wheat" feeling that I want for the quilt, especially when paired with solid white. 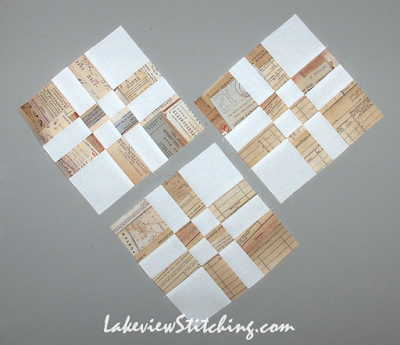 And I like the extra texture from the blocky print, too.

I had to laugh, because my "neutral fabric" actually has 15 or 16 different colours in it! 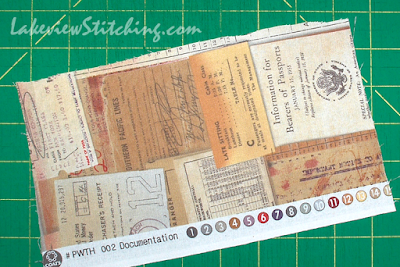 In fact, I realized that beautiful selvedge had to be included in the quilt. Fortunately, Edyta has started us out with very easy blocks. A slight change to the proportions of one the blocks, and my selvedges became part of the design: 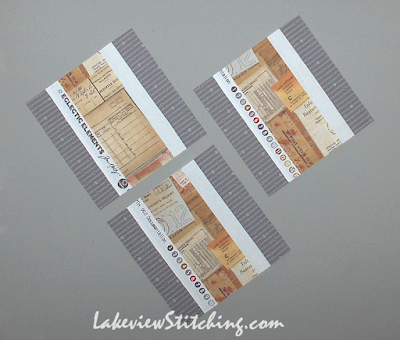 The selvedge side is topstitched onto the grey, and the other side is pieced normally with the solid white fabric.

A few of Tim Holtz's butterflies rounded out the last set of blocks: 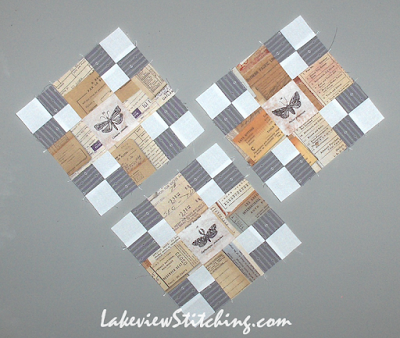 Even the little four patches looked like butterflies at one point: 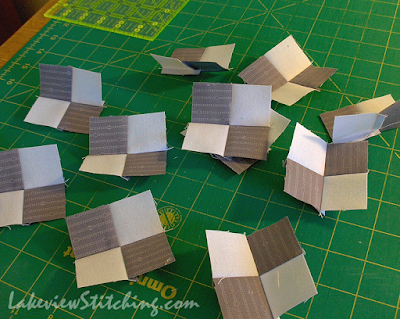 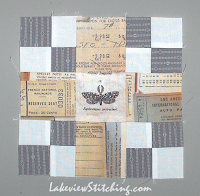 There was also a bump in the road...

...which I didn't notice until taking the final photos at the end of the day... 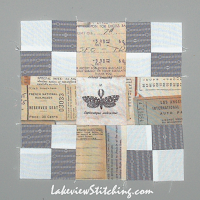 ...but which was easily sorted.

Other BOM participants may notice that I switched the darks and lights in the four patches. I think I will like this layout better in the final assembly.

So that is the first month done in one day! If only the rest were as easy... 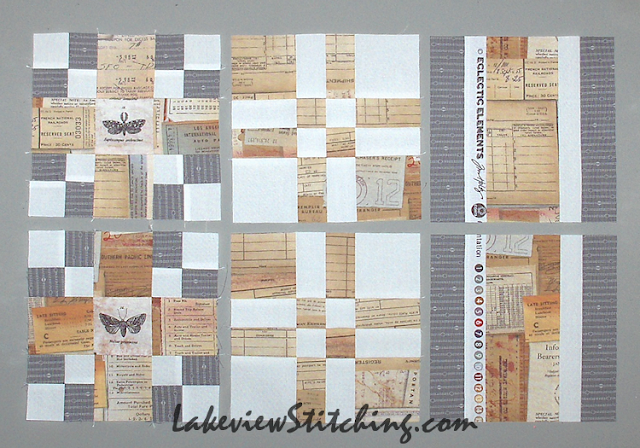 I don't plan to use the Eclectic Elements exclusively, or even predominantly, but I do love how they worked this month. We'll see what happens next month!

Right now I am literally surrounded by piles of fabric for On Ringo Lake, which has deviated considerably from Bonnie's design. One more day and I hope the whole quilt will be cut. And then, hopefully, a few blocks made for the link up next week!