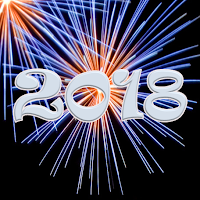 Happy New Year! Have you made any resolutions this year? I have not made any New Year's resolutions for a while (because the UFO ones in particular were not at all successful*), but this year I have one:

I have a few bed-sized quilts I've started, where I tried to "push the envelope" with edgy colour and fabric combinations, that are giving me a lot of trouble. In 2017 I've spent a lot of time quilting, unpicking, and requilting Picnic. And I've changed my mind about the binding several times. But the bottom line is that I've realized it's a fun, vibrant quilt that's going to be hard to live with. As a large quilt it is just overpowering. But, don't worry, I'm still finishing it!

Then also in 2017 there was Moth in the Window. Within the blocks, some combinations worked really well, 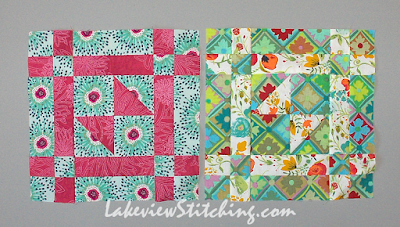 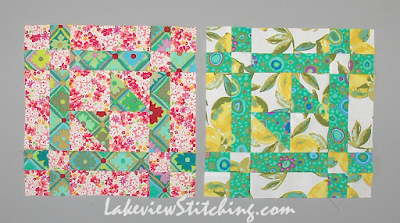 But I realized that my real problem was the pink background I'd planned: 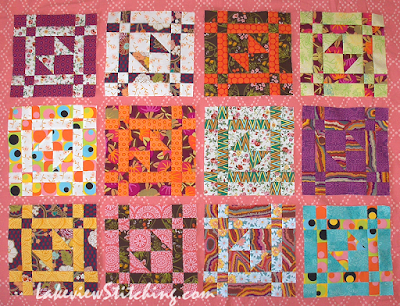 It's warm and pretty, but I can't live with this on a bed, the energy level is just too high. I've noticed that the blocks look quite good on the solid grey background I've used for the photos, so I'm thinking some kind of grey blender (not totally solid) will be much better here. 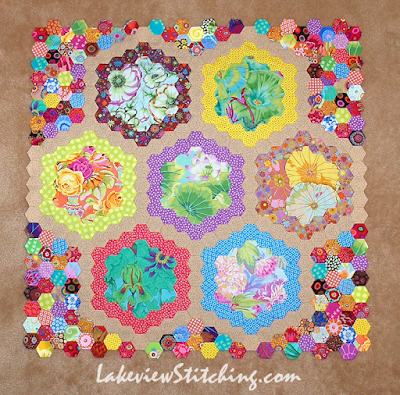 My plan to was to applique this centre section onto some bright blue Kona solid. I couldn't let go of that idea! But, it was going to be too, too much on the bed. (Just right this minute I've realized that a dark neutral, maybe even brown, will be the way to go here. Aha! Once again, the benefit of blogging.)

Anyway, it seems to me that the solution for the future is to try out the more energetic colour combinations in smaller quilts. That's what I did with Daydream Baskets, 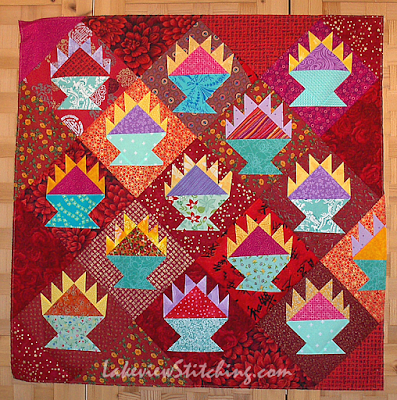 ...and that worked great. And even though it was a busy time of year with the holidays, it's also already a finished top.

So, I want more of that. At least four more! Some piecing, some fusing, but all are intended to meet that "non-trivial" criterion that I mentioned last spring. This resolution is really a continuation of that train of thought. With Daydream Baskets, even though it is just one block, I am satisfied that the improv piecing and the bold colours give it enough personality to hold its own on the wall. That is what I mean by non-trivial. It captures and holds your attention.

And new bed quilts will have to be somewhat calmer. I've been looking at the 2018 BOM at The Quilt Show, "The Patchwork Barn" designed by Edyta Sitar. 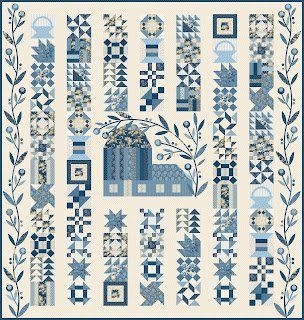 At first I thought that all that blue was not my taste, so I was relieved that it was off the table! But then...Barbara Black, who is going to be blogging the project all year, showed the civil war reproduction fabrics that she planned to use for the quilt. And I didn't love those either. Of course, the natural question became, what would I love? For me, that is The Most Dangerous Question. I had three ideas in quick succession:


So, between the four arty wall quilts, my Rainbow Scrap Challenge quilts, this new BOM and all my UFOs*, the year is looking pretty full. I have no schedule, and I don't mind if I get behind on the BOM (sometimes that works better). Once I get Picnic out of the way there are several other flimsies that I'm raring to get sandwiched and quilted. But the four small quilts will be the top priority. It's going to be an exciting year!