So, there's kind of a long story behind the idea for my setting for Rosalie Quinlan's Best Friends Forever stitcheries. Feel free to scroll to the end to see the final plan, and if you wonder how I came up with that idea, you can come back to the top and I'll tell you now. :-)

In the summer of 2012 I had two new English Paper Piecing projects in mind -- Texas Star, which is now well under way, and Botanic Roses. Botanic Roses was a reworking of this old UFO that I started almost ten years ago: 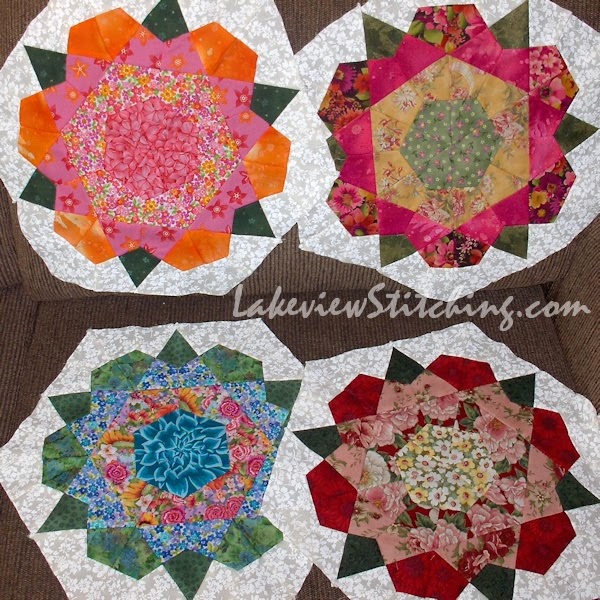 This quilt design was on the cover of an old issue of Australian Patchwork & Quilting. Each block has 72 pieces! All are hand cut from templates and hand pieced. For me, the cutting was the worst part of that, but there was also a problem with the white-on-white background fabric, which was printed with gummy ink that was terrible for hand sewing. The quilt ground to a halt.

When I learned about English Paper Piecing, and I saw that you could buy these kite shapes precut, I wanted to revive the project, but with a more disciplined colour scheme. Botanic Roses was born. My idea was to interpret my favourite dishes as a quilt: 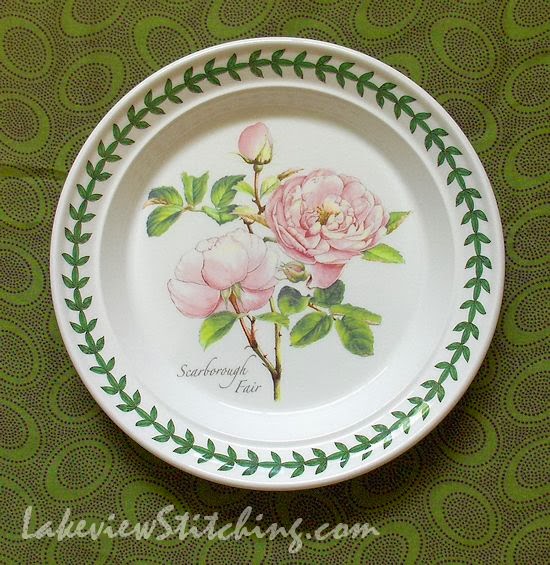 I thought this would be a good way to restrict the colour palette, but right from the start I had trouble showing all the detail in the rose. I just hated that clumsy hexagon in the middle of the block. I tried many variations: 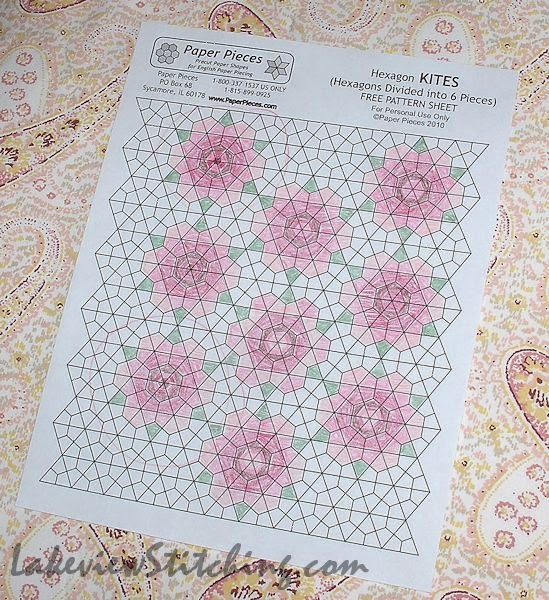 I played with cutouts: 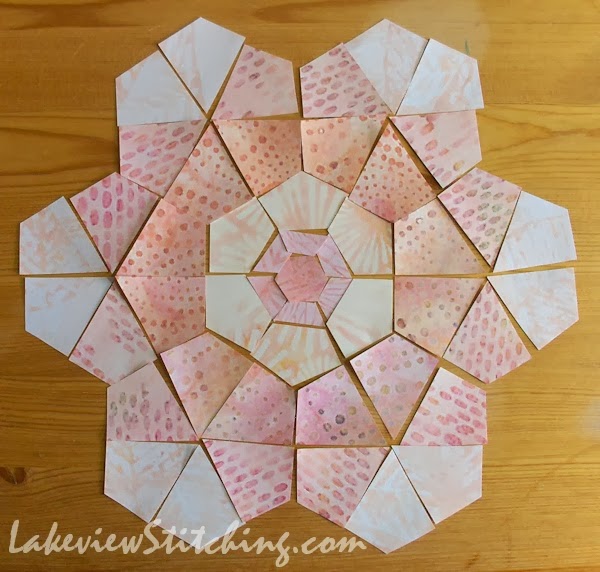 Finally I realized that the batik fabrics I bought for the project were too busy, and they would blend out all the tricky piecing, so that would just be a waste of time. The whole project went back on the shelf.

This summer, along came BFF, and I suddenly realized that the clumsy hexagon which gave me so much trouble on Botanic Roses, would be just right for the hexagon stitcheries: 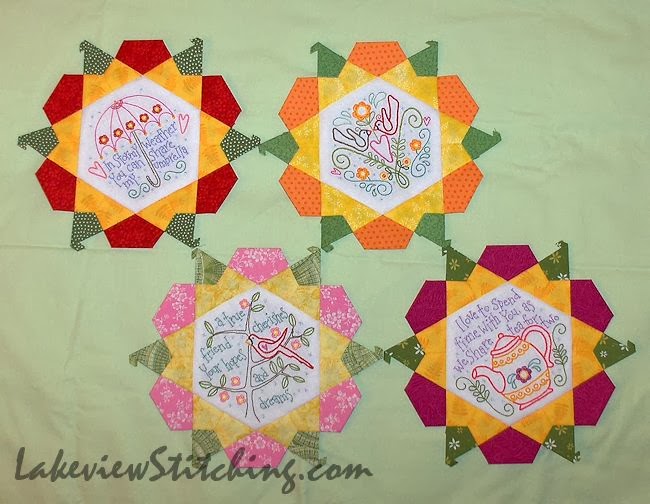 So, there you have it. Having seen the photos now, though, I am pretty sure that I will change the background from this pale green solid to something a little darker and with a slight pattern. I didn't want to detract from the blocks at all, but now I see that this doesn't do them justice. One of the threads I'm using is a cooler, jade green, and I'm thinking that may be a good background colour too. Now I have something to shop for again!

Ironically, some of the yellow fabrics that I bought for this quilt have the same gummy ink that set me back on the original version of this quilt almost ten years ago! I can't believe I made the same mistake again! Fortunately it is only here and there, so hopefully it will not be as bad.

And, Botanic Roses is still not dead, I have a new plan for that one too. But there is a fair bit to get done before that...

The Needle and Thread Network has not seen me in a while, so I am linking up with WIP Wednesday there. Happy stitching!