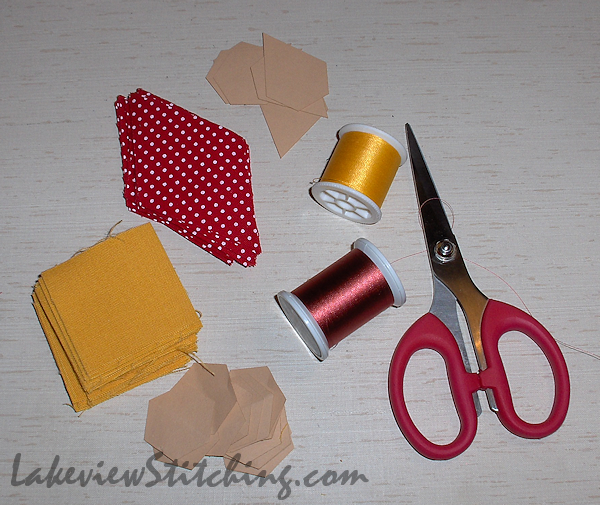 It's just under two hours now until kick off in the NFC Championship Final between the San Francisco 49ers (yaaay!) and the Seattle Seahawks (booo!). In addition to winning the championship, the winners go on to the Superbowl, so it's a big game!

You can see I am all ready with some red and gold Texas Stars to put together while I watch. How many I finish will depend on how close the game is! Maybe I should rename them California stars? San Francisco stars?