So, I had mistakenly drafted the patterns for my houses backwards! Argh!

"Well, does it really matter?" I thought.

"Finish it in one day," I thought.

"Just keep going," I thought, and I made a start on the roof pieces: 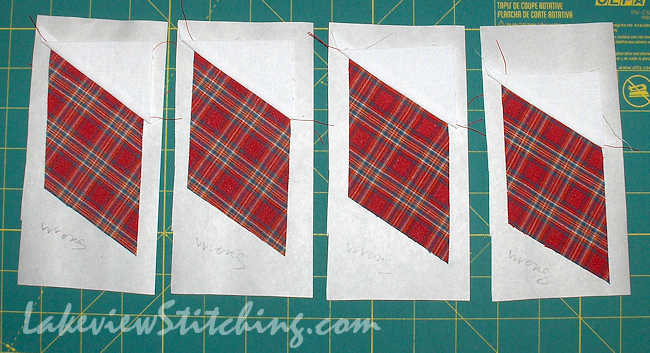 I had decided right away that I wasn't going to worry if the grain was straight in the pieces, because that way insanity lies, but I did want the plaid in the roofs to follow the angle. I made myself a cutting template for the roof pieces to get the angle right, and I was rather amazed at how well it worked.

But, while I was sewing the roofs, doubt crept in. I was hoping to hang the finished quilt in my bedroom, and I didn't want to look at it every morning and think, "that's wrong." That wouldn't be a good way to start the day. I packed it up.

Then I started to see other quilts made from shirts around the blogosphere. Isn't it funny how that happens? Diane at Butterfly Threads made a lovely keepsake quilt for her mother from her father's shirts. I met a new quilter in The Great Canadian Blogathon, Ilene, who showed a wonderful quilt made from blue shirtings and red hearts.

So, I decided to start over with a correct pattern. There was enough fabric left if I went with a straight binding rather than the bias binding that I had originally planned. I labelled all the roof pieces above as "wrong," but saved them just in case I needed the fabric. The four front pieces went in the bin, because there was no way to reuse them.

I made all nine side pieces in one batch: 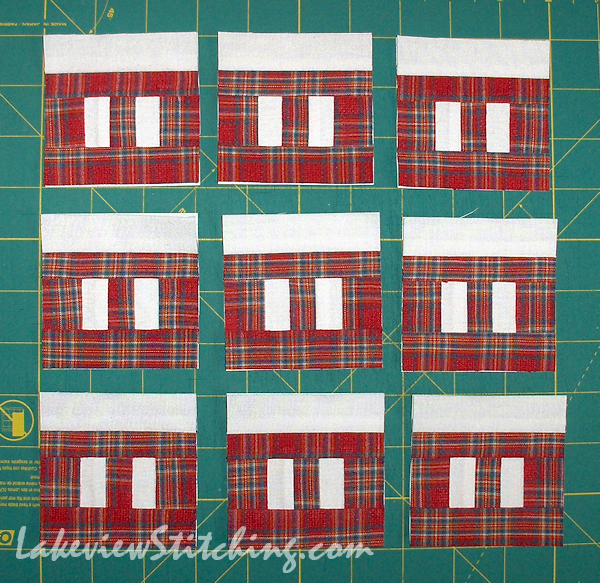 I fished the first set of fronts out of the bin, which fortunately had nothing else too bad in it. I still had to pack it up again for the Christmas break, but for the past three days now I've been sewing steadily. I can't believe I thought I could do it in one day! Smaller isn't necessarily faster, I'm realizing. But, it's like it was meant to be this way all along -- not one wasted stitch. 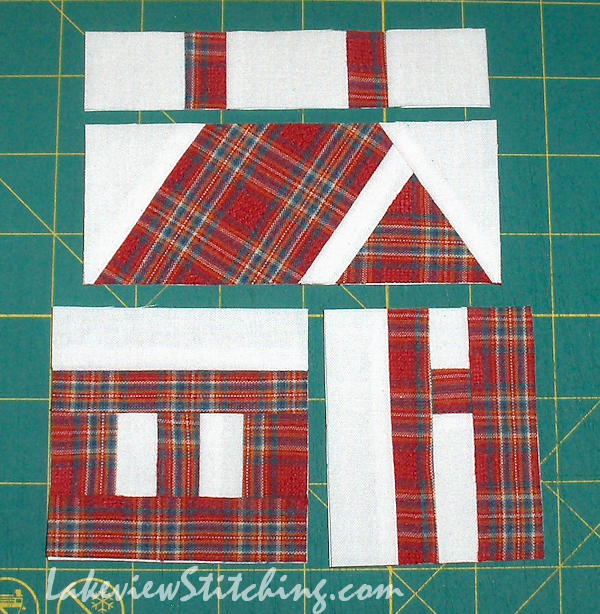 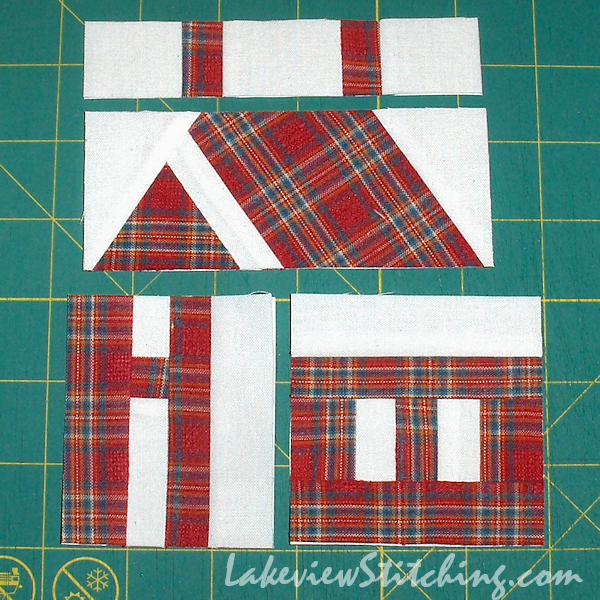