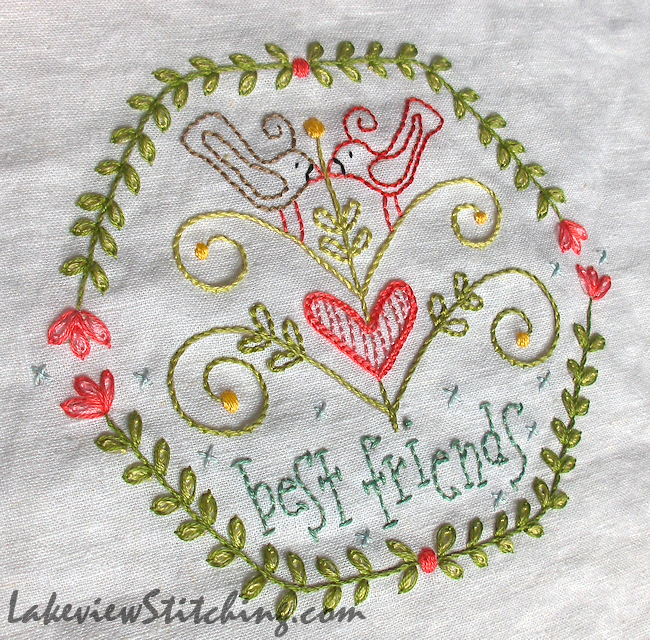 Yesterday I was finally able to put the last few stitches into the second motif from Month 4 of Rosalie Quinlan's Best Friends Forever. It's been a frustrating time since my last post because I spent most of last week flat on my back after a stretch intended to make my back better made it much, much worse. I should know by now! No machine sewing to show, but at least I was able to do this hand stitching.

I tried a different stitch combination on the leafy border this time. Here's a (very dark) photo of the work in progress: 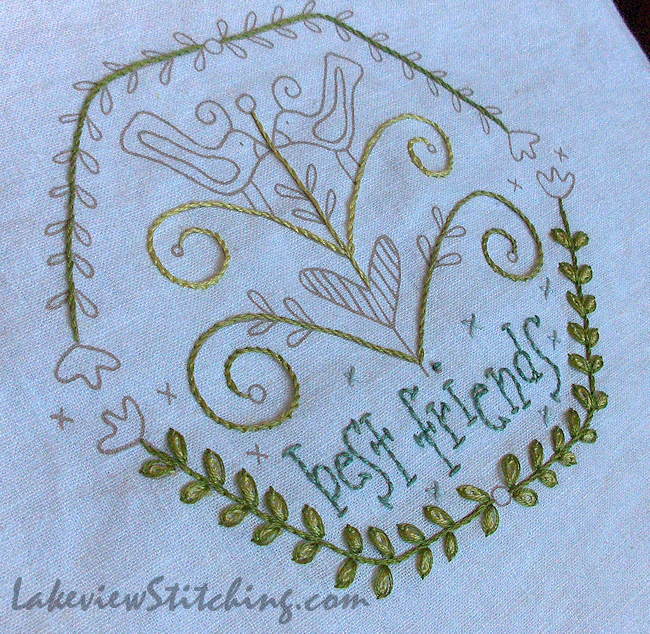 It looks like the middle of the night, doesn't it? Actually it's the reflection of the blue sky through my north facing window. This project has been a real trial to photograph...

But anyway, you can see that the pattern had the same rounded leaves that so far I've been backstitching. I did still backstitch the leaves in the centre for variety. For the leafy border I used a light green twisted chain stitch for the middle of the leaves, and a darker green regular chain stitch around it to preserve the feeling of the "line." It took a few tries to get right, but I'm very happy with it!

And, since it worked so well, I tried the same technique on the tulips at the sides: 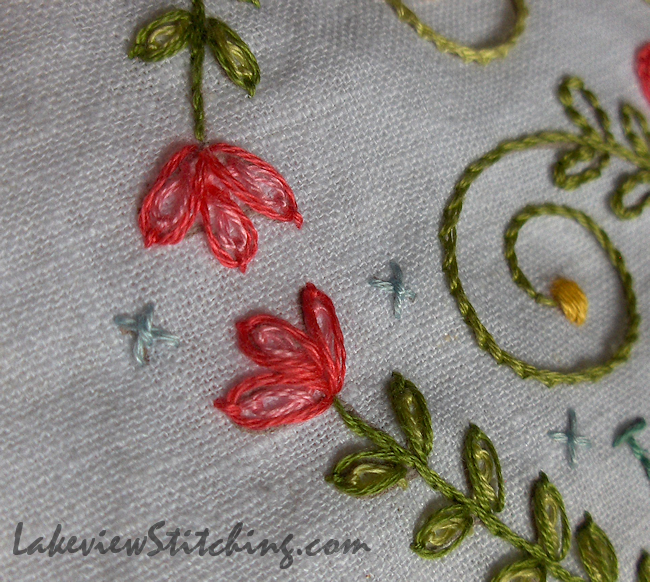 I'm pretty sure I'll be doing this again.

I'm halfway through the next motif as well, but I'm keen to get back to my sewing machine now that my back is feeling better. And I'm finally getting organized on this project too. I'll try to post that one next!
Posted by Monica at 4:39 PM