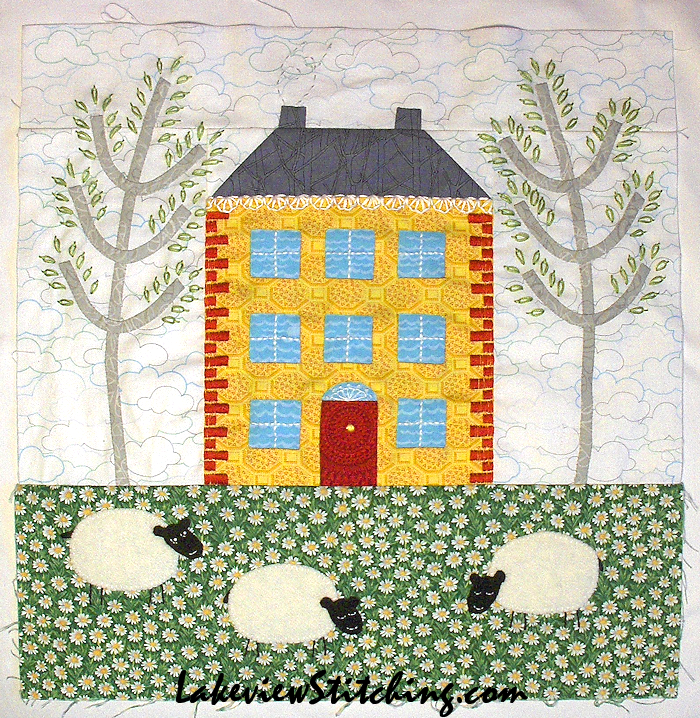 Gosh, I see it is almost two months since I last showed this block! It's the centre block for Lynette Anderson's 2015 BOM, My Country House. I had to re-sew the roof seam on the machine before I could applique the trees. "I'll just wait until I have white thread in the machine," I thought. Did that happen? No. Finally I threaded the white thread specifically for that one seam. It only takes a minute -- silly, isn't it?

Anyway, it gave me lots of time to mull over the width of the strips for the trees. In the pattern the trees are a little Christmas-y, with stars at the top and an evergreen shape. The tree trunks are thicker than the branches. My version is smaller at 3/4 scale, decidedly summery, and I knew I wanted to change the tree shape and put leaves all the way around the top. Finally I decided to make all the stems everywhere on the quilt the same 1/4" size, using the Clover 1/4" bias tape maker. I like the feathery look to the trees. Plus, with the smaller scale I think consistency with the stems will be cleaner, and help to tie the whole quilt together.

The stems started out pretty wild... 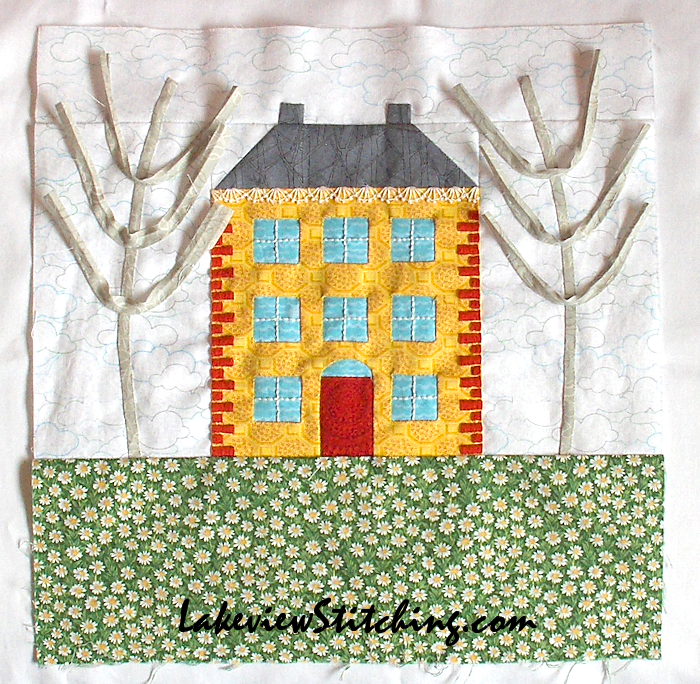 ...but they were soon pruned down to size. The leaves are big chunky detached chain stitches, done with four strands of floss, two medium and two light green. When you compare this with the first photo, you can see other changes as well. The doorknob was done in padded satin stitch: 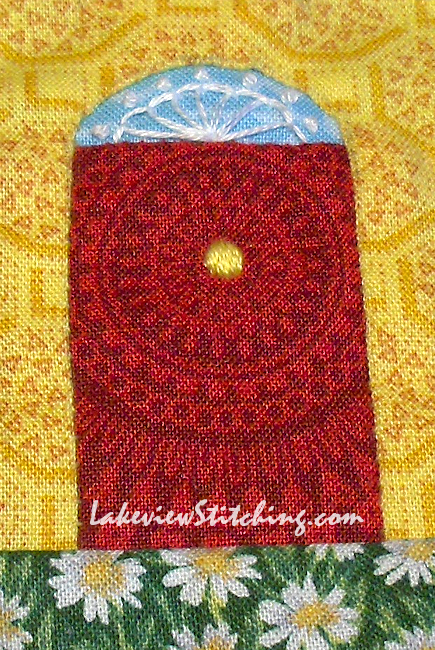 While I was sewing the doorknob, the window above the door started to look too empty. As an experiment, I filled the space with the same motif as the gingerbread along the eaves. It seems like the obvious choice now that it's done, doesn't it?

But after that, the original gingerbread along the eaves looked very dingy, and I became convinced that I had used a different, less white, thread. After another day or so of dithering, I took out the original stitching. The new gingerbread was stitched with four strands of floss instead of the original two strands, and fewer "spokes" in the wheel: 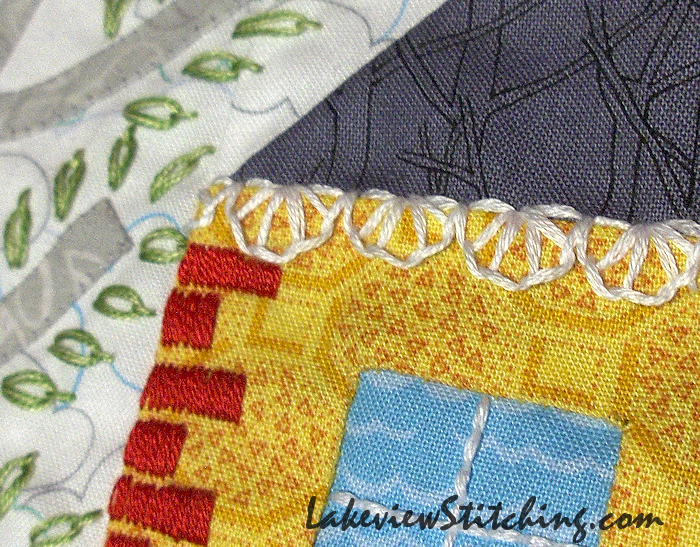 I think it is better. With the heavier thread I thought the colonial knots in the original would be too much. Now that I am looking at the photos, though, the knots looked pretty good, so I may still try them. Without the knots, I did have to add an extra red brick on either side to fill the empty space.

The felted wool sheep were the last addition. Two of them are peacefully munching the daisies: 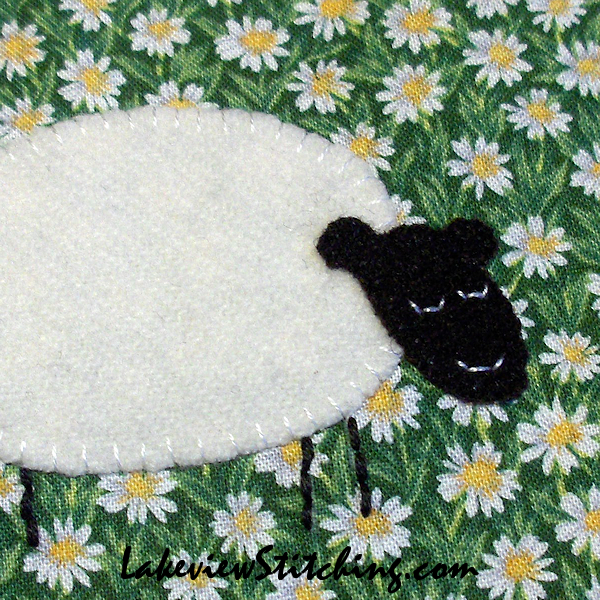 And the one on the far left is looking up... 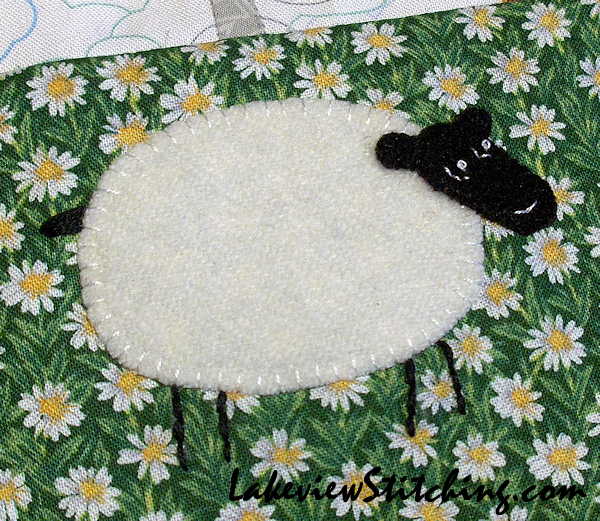 ...at the big blue chicken which will sit on the right chimney. But, the chicken will overlap the top seam, so it is still on hold.

With the trees for landscaping, and the sheep as landscapers, I think the block has really come to life. Given that I started this block on January 2, I am glad to have it done!
Posted by Monica at 10:07 PM