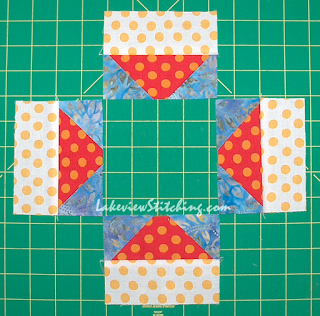 If part of my intention with this project, Bonnie Hunter's 2015-16 Mystery Quilt "Allietare," is to figure out why all my projects seem to take forever, then this past week has been a huge success!

The answer is "scope creep." Scope creep is a term in product or program development, when the thing you are making gets fancier and fancier, until the project is both late and way over budget. Say you are building a house, and then halfway through you decide you need bigger windows. And some extra cupboards in the kitchen. That's scope creep.

Right before the clue came out for Week 2, I decided that since I don't know the whole picture with this mystery quilt, I will just focus on the details. Then the clue was published, and it called for 20 matched sets of these red flying geese: 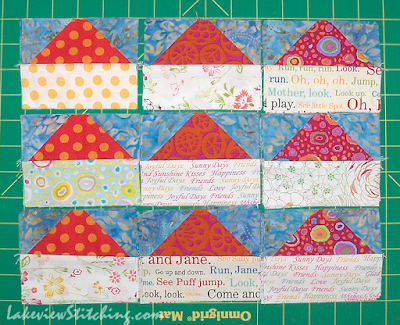 And somehow, between "matched sets" and "details," I became obsessed with the idea that some of my fabrics could be fussy cut. Not those ones above, but these fabrics below: 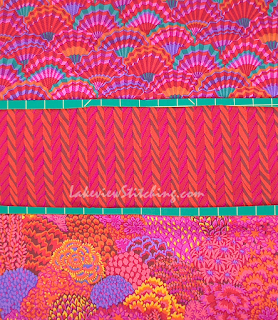 Those fans in the first fabric would fit exactly into one of those red flying geese. And wouldn't it be cool to match up the Oriental Trees in the bottom fabric? And then I had to decide how best to do it, and that used up the rest of the weekend. By Monday I simply couldn't think about it any more, and I decided to work on those Christmas Crumbs instead. That gave me enough perspective to see sense! Was I going to do the same thing when it came time to cut the gold fabrics? No way! And any way I cut it, it was going to waste fabric.

I did try it out with the stripes: 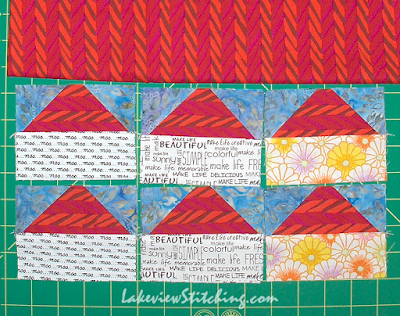 Then to cap it off, I realized that the fussy cut pieces were going to end up too far apart for the effect to work. My best guess for how the pieces will be used looks like this: 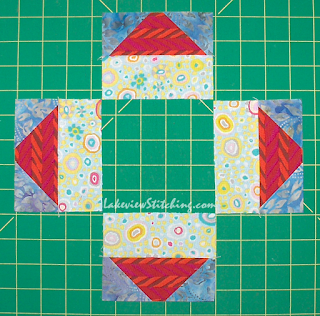 Fussy cutting makes no difference at all! I cut the remaining fabric normally. I did match up similar colours though: 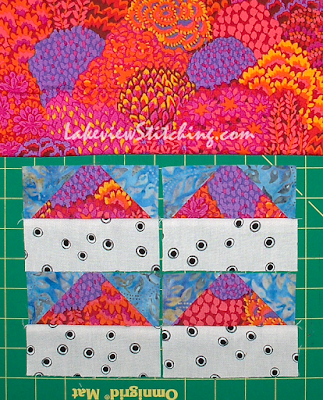 And, it's fun to play around with the pieces: 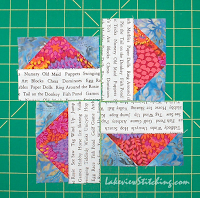 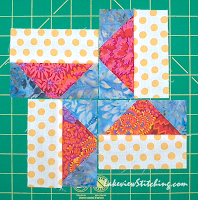 But, the whole experience has now made me clearly aware of how corrosive scope creep can be. It's not just that it slowed down this project, but it also sent me haring off to start other projects as well. I realized that I've done the same thing many times before.

And ultimately, scope creep is bad design. It's much better to have a single cohesive concept than to try to fit every idea I ever had into the same project. Good design is something that I take seriously, and I'm hoping that will be the thing I remember in future. If I'm not completely immune now, at least I'm inoculated!

I missed the Week 2 link up, but you can still see everyone else's work here. Week 3 looks pretty straightforward, so it is a good chance to catch up. Heck, Mary Ellen finished her Week 3 pieces in one day, so I should be ready by Monday, right? ;)

See you again soon!
Posted by Monica at 4:22 PM