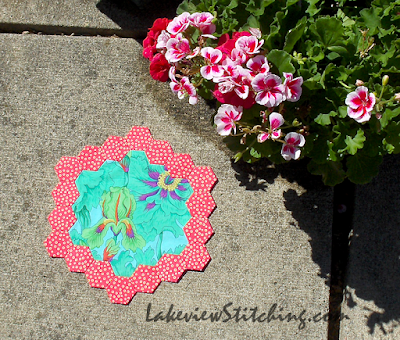 About a year ago several quilters in blogland made a start on Brinton Hall by Leigh Latimore, a contemporary adaptation of a historical British quilt. I left comments all over the place that more or less said, "I love this, but I will just admire yours. I have too many EPP projects already!"

A couple of years ago I stopped buying new magazines, just to reduce the temptation of starting new projects. But this spring I felt I could afford to look around a bit. I bought Quiltmania 110, mainly because I was interested to see the finale of Colmar, the mystery quilt by La Fée Pirouette: 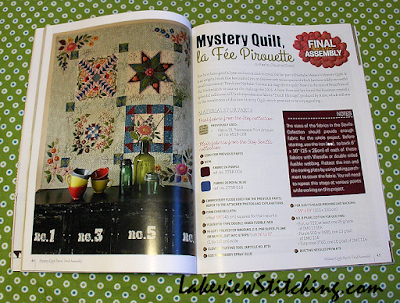 I have been following the work of Nathalie Méance and La Fée for a while -- my L'Herbier is stalled but not forgotten -- and I was so impressed with Colmar. It is a very interesting combination of embroidery, applique, trapunto and quilting. I wanted to know how she did it, so I splurged and bought the whole series. You know, as a reference for my own future work.

Part of that series included Quiltmania issues 107 and 108... 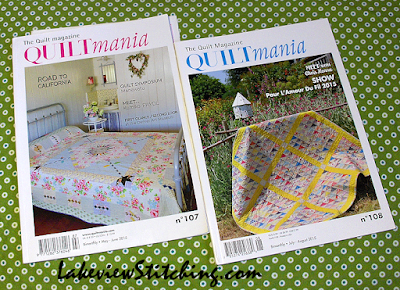 ...which include the complete set of instructions for Brinton Hall: 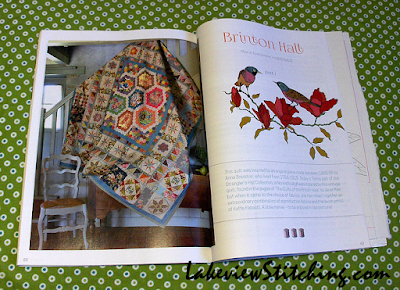 Oh nooo! Worse still, the description in the magazine calls it "an extraordinary combination of reproduction fabrics and the lavish prints of Kaffe Fassett." [italics mine]


So, I can make the whole 92" quilt from stash. I made this medallion first... 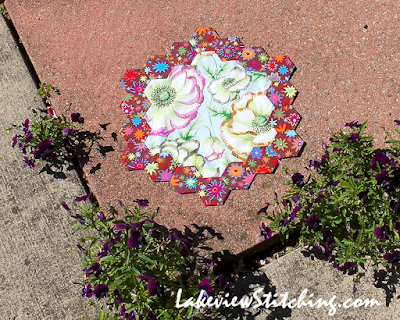 ...and that worked pretty well. Now there are three: 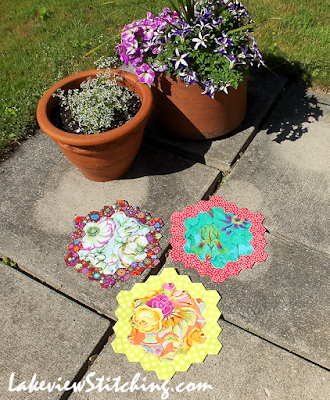 The sun washes them out in this photo -- they are really saturated and intense. I am interested to see how the dark beige background will work with them. The background will be leftover strips of backing from my scrap box: 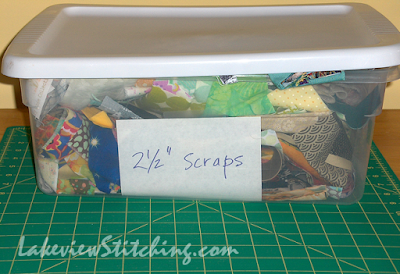 And I also pulled out every scrap of Kaffe Collective fabric that was in there, ironed it, and made hexies: 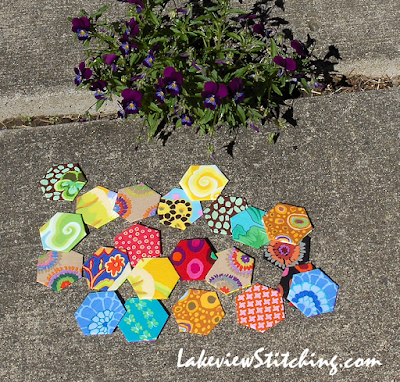 It's time consuming, but it feels like a worthy project for all these rare and discontinued fabrics.