My big project this summer has been to get my 91 year old father to stop working, and more importantly, to stop driving before he killed someone. It has required heroic persistence and patience, but I am glad to say that we have succeeded! I think he has finally accepted that retirement is not that bad.

With all that going on, I have not done that much sewing this summer. Brinton Hall has made very good progress, and I'll show you that on Sunday. When I had machine time, I'd put together a block or two of Allietare. The bright Kaffe prints are really invigorating to work with: 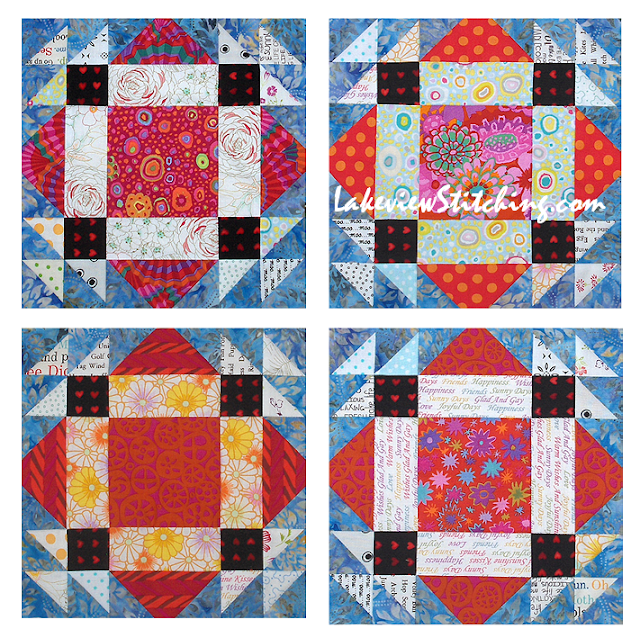 I love the red blocks. I am less sure about the black star blocks: 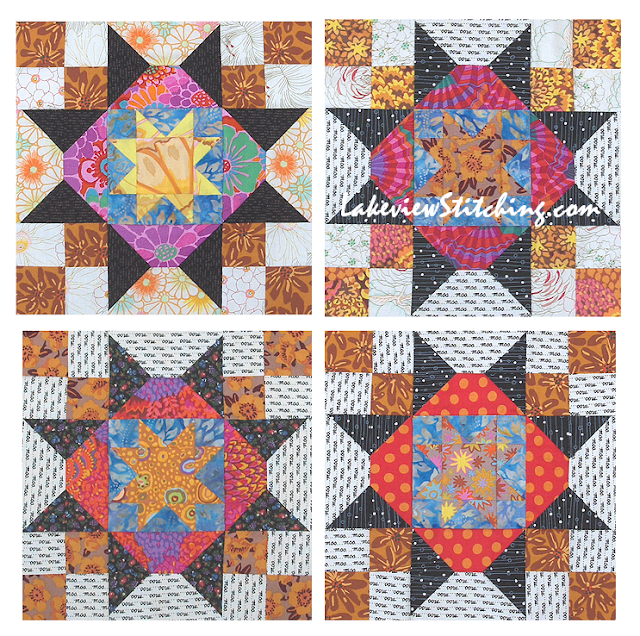 I have been so tempted to sew a few together, just to see how the secondary pattern will come out. But I do want to lay out and balance the blocks properly when they're all done, so I've held off. I only have about 10 left, and then the fun will really start!

I am not sure now if I will do Bonnie Hunter's mystery again this year. I have a colour scheme in mind already, but I also have so many other projects that I really do want to finish, and some to start! So, we'll see.

My box of Kaffe fabrics has been getting a good work out with Brinton Hall. While the fabrics were out I also made one lonely butterfly for Down in the Garden: 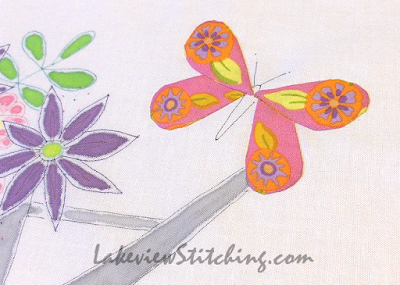 This butterfly was going to be gold, and I had the wings fussy cut 18 months ago already. But, I lost one! The one thing that became crystal clear this summer is that I have too many things happening at the same time, and that is hurting my projects. I have made new resolutions --

But in any case, this new pink butterfly matches the purple and pink/orange flowers in the block surprisingly well too: 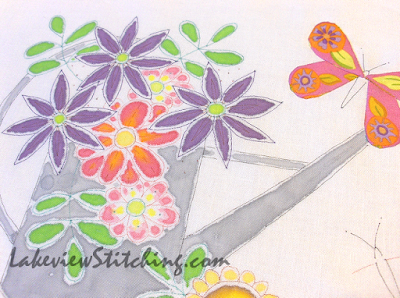 And I still have all the wings for the second butterfly: 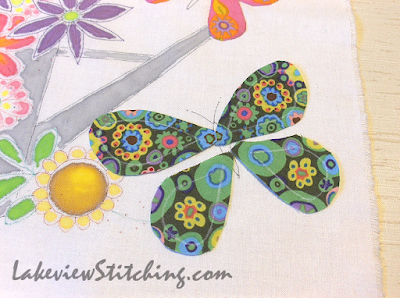 Then I can get back to some stitching and finish the block. I had a lot more stitching planned for this project, but I've changed my mind and decided to fill in with some extra pieced blocks instead. It's time to move on!

I bought a couple of those adult colouring books this summer, as part of my effort to get my Dad refocused on something positive. No luck! "Silly stuff," he said. He used to draw well, but maybe colour was never his strong suit. My Mom did this nice one, though: 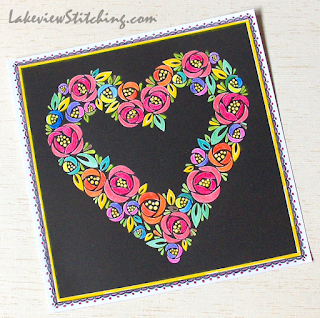 It is totally different from how I would have done it, which is very interesting! And better, I think. I was very impressed with her turquoise and green roses. I have to see if I can use this colour scheme for a future project.

I coloured a couple too:


To me it seemed like a low-risk opportunity to try a more radical colour scheme. I've been obsessed with orange and green leaves lately. The one above is ok, but I like the second one better: 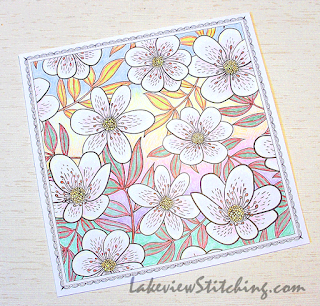 It seems like it could be a nice quilt, couldn't it? The round drawing is from Flower Mandalas by Thaneeya McArdle (New Design Originals, 2016), and the two square pages are from Magic of Flowers & Birds (Barron's).

There are two link ups on today. Please check out Ann and Cathy's Kaleidoscope of Butterflies right here. The brave Gwennie Medallion quilters are still at it too, right here. My medallion went to the basement at the end of June, and just came back up a couple of days ago. But, I've dealt with the road blocks on that one, and I hope to catch up over the next month. October 1 will be the final reveal, but I'll have updates before that.

Finally, for two days this summer we had a new lodger: 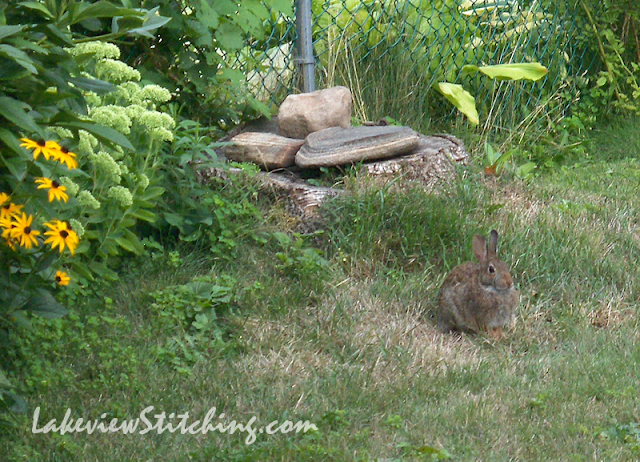 You can barely see the brown rabbit in the brown grass there. Hottest summer ever! This was right after a heavy rainfall, and the green comes back quickly. I was out checking the eavestroughs and foundations at the back of the house (still dry!). I turned around and he was right there, less than ten feet behind me. So still, he didn't even blink. Was he there the whole time? Hopefully he's moved somewhere safer now.

A week later I was taking the garbage out at dusk, and I noticed the neighbour had a new chimney. I looked again and there was not one, but two raccoons way up on the roof of the second level, with all four ears pointed straight at me! We are just grateful that they like the neighbours roof better than ours!

So, that is me mostly caught up now. As I said, Brinton Hall is well along and I'll post that on Sunday. I may need some advice...
Posted by Monica at 4:16 PM