Nettie is a Top

The "wild jumble" from my design wall has been tamed: 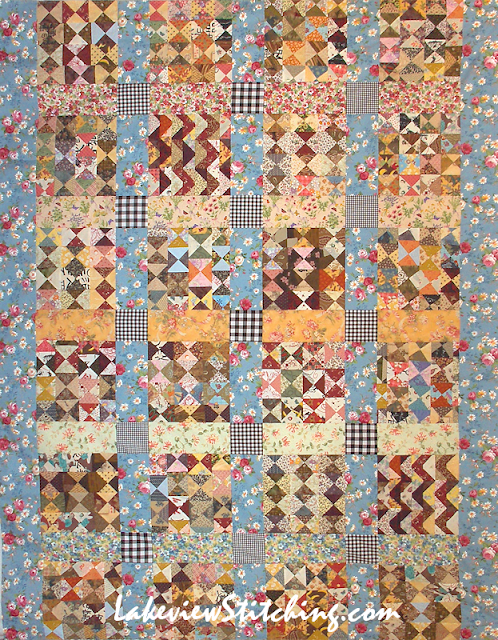 It should be around 62" x 80" (157 cm x 203 cm), but I haven't measured it. Everything fit, so that seemed good to me! I'd forgotten how much easier it is to assemble a quilt with sashing in between the blocks. Hardly any seams to match!

To compare my layout with the inspiration quilt by Nettie Young, click here. Nettie made 15 blocks in a 3 x 5 layout. I developed my layout based on my memory of hers, rather than while looking at the photo. And every time I ended up with those two columns of dark cornerstones that she has, it seemed like a mistake. I thought it would be more balanced to have at least 3 cornerstones across the row. So that is why I increased the number of blocks to 24 in a 4 x 6 layout, and cut them down to 10" finished.


I made 896 hourglasses for the original, all-hourglass plan. I still have at least 500 left. But, I am going to send them to the basement for at least a year! Hopefully some new idea for them will sprout after a good long rest.

The first AHIQ challenge was for a Chinese Coins design, and I don't really consider this as a fit for that. I just liked the layout in the Nettie Young quilt. The second challenge is for a two block quilt, and I have a legitimate two block design planned. Is it improv if it's planned? I would say yes.

And I've already started it! It's going to be very modern indeed: 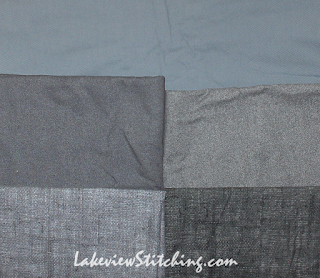 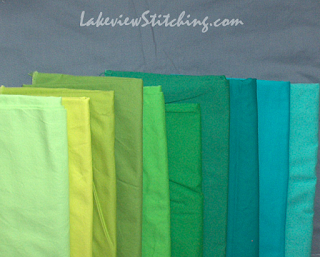 Solid fabrics in a range of turquoise and green.

So, totally different. Stay tuned!
Posted by Monica at 11:16 AM