Once again, just one photo today. It's the second block for the two block improv quilt challenge for AHIQ: 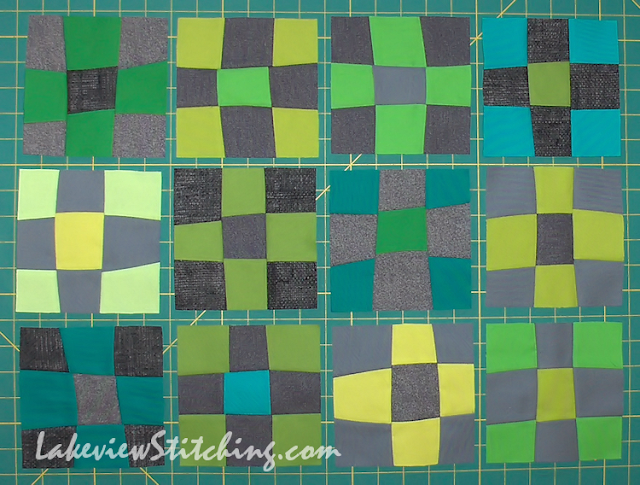 This is another adaptation of Sujata Shah's Cultural Fusion techniques. It's the same process as her Crossroads block, adapted to a nine patch.

When I started making them, I thought that I would be able to adjust the process and end up with just two colours in each block. But that was wrong! When you make them four at a time, you always get a different colour in the centre.

Somehow, three colours in the block was less minimal than my original plan. Should I backtrack or keep going? In improv theatre you always say "yes, and..." So, I decided to just keep moving forward.

All the blocks are made, but not all trimmed yet. My calendar is pretty full this week, but I seem to have a lot of momentum here, so maybe I'll get the two blocks sewn together fairly soon. It's a simple plan!