Yesterday I finished the last star for my Texas Star quilt: 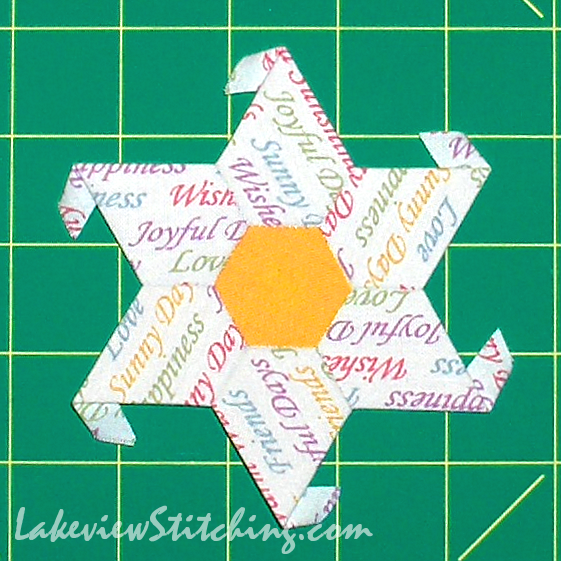 I decided to use this low volume print, called "Warm Wishes," for my last three stars. As I got to the end I realized that I had some of my least favourite fabrics left, and I thought the last star should be nicer. I had a strip of this set aside for the binding of Mod Trips, so I cut it up and used it here instead. Against the white background they will almost disappear, and I like the idea of a few "ghost" stars among the rest.

I've been adding three background diamonds to most of the stars as I sewed: 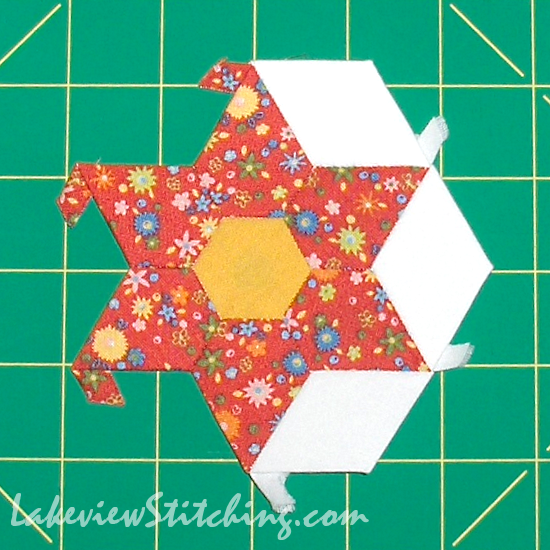 Now I can sew the stars together without the boredom of all the white pieces. I've already made a start: 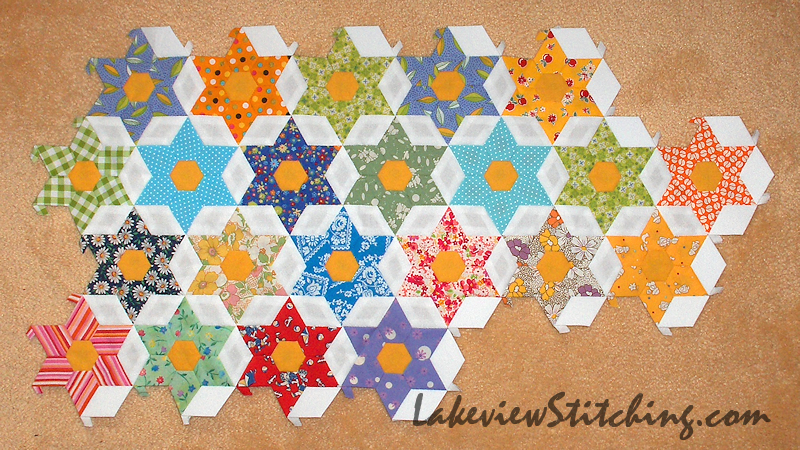 Back in August I made myself a schedule of six stars per week, in order to finish them all this year. I am so pleased that I have managed to stick to it! Some weeks I was ahead of schedule, and some weeks I had to catch up, but in the end I am right on time. If you missed some of the Ticker photos, here they all are again: 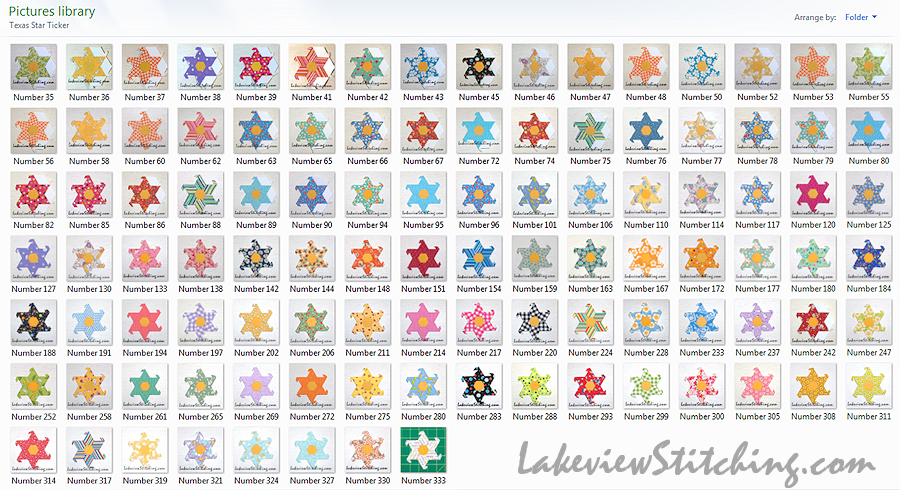 In the new year I may make another schedule for the rows, but I'll see how that looks after the holidays. After working on these for so long, it feels a little empty to think they are all done. I'll have to regroup a little now, and think about what the next big project will be. I put aside the baskets in order to finish these, so I may go back to those. We'll see!
Posted by Monica at 11:49 AM