Following on from last time, I've managed to join up my first batch of letters into words: 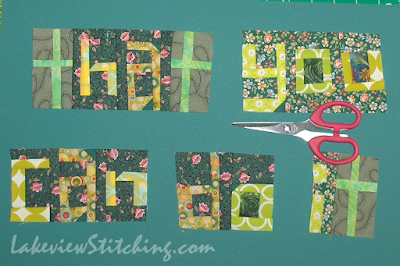 The missing first word is "believe," which will be the next thing to sew. This is post #300 today, and the quote is from the Bob Ross Remix video that I shared in post #100. There is plenty of inspiration in that video, so yes, this is just the beginning!

Now that I'm starting to understand the strategies for making the letters and joining them up, it's moving along pretty quickly. 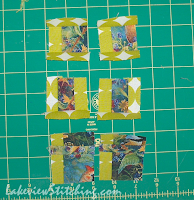 Last time I was worried about the legibility of the c's, u's and i's, 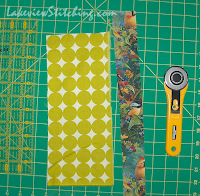 which came from these fabrics.

When I looked at them again I decided that there wasn't enough contrast in the two c's and one i, so I made new ones. Plus, I thought the c's should be bigger to go with those large a's: 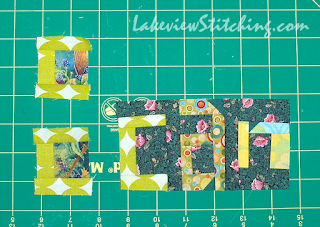 The old c's are on the left there, and the new c is sewn in.

It was unplanned, but lucky, that I used the same background fabric for many of the letters that went together in the same word, like the h, a, and n. I think it is easier to read, so I'll remember it for the rest of the quilt. The first "happy accident" of many, hopefully!
Posted by Monica at 6:00 AM