In early September I was full of enthusiasm for Ann and Kaja's new Improv Quilting link up. I knew immediately that I wanted to make one of those improv word quilts, and the whole concept came together quickly. But then I didn't think I would have time for it, so I pushed it to the back of my mind. 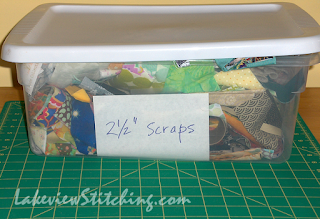 This week I had scheduled the completion of that star quilt from last week, which I believe is now my oldest UFO, but I just couldn't face it. I pulled out my scrap box instead and decided today I would do something totally new. With my oldest fabrics!

I had no idea what was in the box. A few years ago I planned to keep neat, pre-cut 2.5" strips, hence the label. But I gave up on that eventually. So it was a little exciting to open the box and see what was in there! 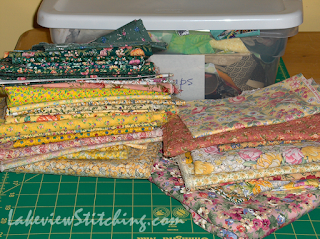 Plus, I recently pulled all the leftover fabrics from Circa 1998 (when I was considering making it larger!). So, I'm going to supplement with them, too. 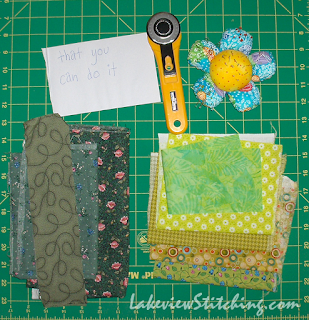 There are a few books out there on how to sew improv letters and words, but I figured I could just wing it. I chose a light green/dark green colour scheme, which I hoped would be forgiving, and a less important part of the quilt to practice on. 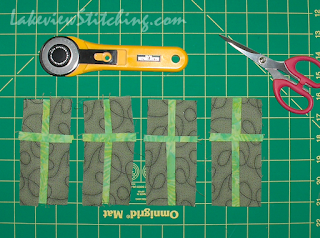 "t" seemed like a straightforward letter to start with. I just jumped in, cut some strips and sewed them up!

In general, I kept the thickness of the letters to around 1/4" to 3/8". I want to keep the whole thing wall-sized, and there will be a lot to fit in! As I progressed I realized that these first t's are a little large, but they will be easy to cut down. 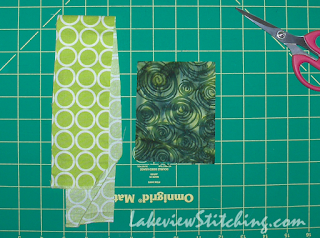 My only plan was to start with the easy letters and progress to the trickier ones. "o" seemed like a good letter to do next, and these circular patterns felt appropriate. 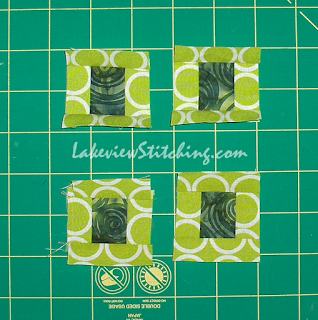 I discovered that a log cabin style of strip piecing works well for making letters. It's the same technique that I used here for my snowman quilt, only these strips are narrower at around 3/4".

I cut almost everything with the rotary cutter, because it's easier, and a ruler, because I want to keep my fingers! But I didn't worry about perfectly even cuts.

I may or may not round off the o's later. I'll see how it looks as I progress. 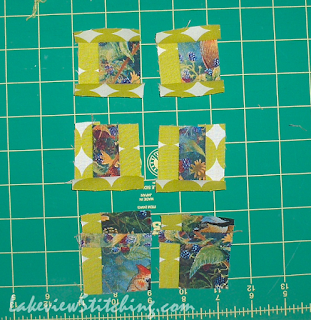 "c," "u" and "i" are also all pretty straightforward. I'm not so sure about these fabrics, though! We'll see how they look when they are sewn in. 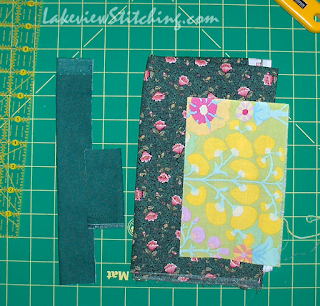 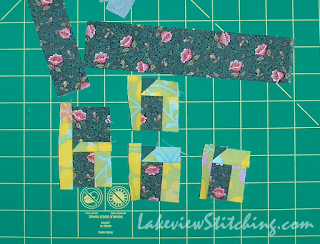 ...for the tiny triangles that round off the arcs. They had to be well defined, so the solid was safer than a print there.

With just "d" and "a" left, I forgot about the camera and focused on the construction. No music on today! It went pretty smoothly, and I only needed the seam ripper once (on an "a").
I was determined to get at least one word done. Ta da! 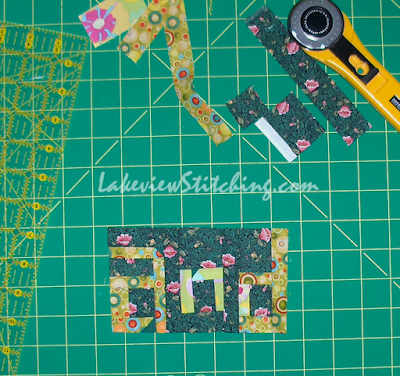 Except "y," all the remaining letters are done, so hopefully I can put them together next time. It will be interesting to see how big it is. I really have no idea!

I knew that I would like improv sewing, and I do. I was afraid that I might never go back to regular sewing, but I don't think I'm in danger of that...yet.
Posted by Monica at 8:58 PM