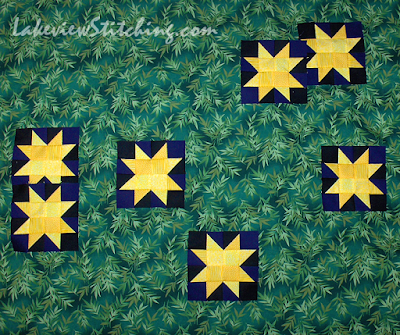 Did you see the series premiere of Crazy Ex Girlfriend this week? Love it! I would not have watched it if I'd known it was a musical, but I'm glad I didn't know. When that first song came out of left field, I was already hooked. It is so well done, and the lead actor Rachel Bloom just owns it.


A workaholic who moves to California is a character I found easy to relate to. :D Now I keep singing that song!

Otherwise, I'm still in a "get it done" frame of mind, so I pulled out another UFO this week. The first block has been finished for quite a while: 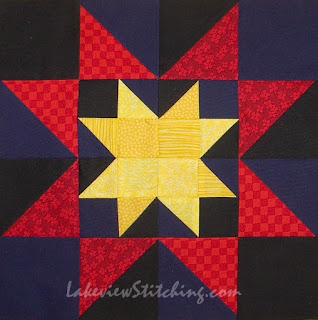 Ack, since June 2014! Longer than I thought. Today I finished up the remaining seven yellow stars, which made me think of the Pleiades (Seven Sisters). I tried to lay it out, but I don't know how successful it was. Anyway, the real experiment will be the setting, so I'm keen to get the red parts done so I can move on to the next phase. Onwards!
Posted by Monica at 6:04 PM