Usually I start a bunch of new projects in the spring and fall, something about the change of season, I guess. This year, I was obsessed with Brinton Hall, and I stayed focused on that right through the fall, pretty much.

But now, I cannot stand it any more. My Flamingos en Provence is on hold this week, because I am worried about my white fabrics, and I want to see more before I commit with them. There are several projects that I've been planning for as much as a year, and I've decided that this week I'm going to start every project that has it's own pile of fabric already. I think there are three for now, and one more for January. It seems counterintuitive, but I think they will be less distracting once they are started.

Two of them are Bonnie Hunter designs. 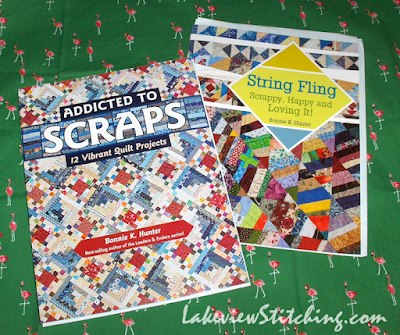 Today's new project is from Bonnie's latest book, Addicted to Scraps (Kansas City Star Quilts, 2016). I bought the book for "Garden Party," which I think is a design that people will still be making in 50 years. And I really like the cover quilt, "Idaho Square Dance." But, the one that completely hypnotized me was "Wild & Goosey:" 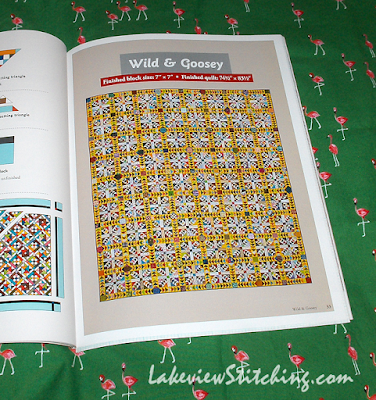 I think my first thought was something like "jeepers, no way!" But then the next day I had to read how it was made. And the day after that I wondered about a different colour scheme. And then the graph paper came out and that was pretty much it.

In her introduction Bonnie tells a funny story about her report card from fourth grade, where the teacher wrote, "Bonnie is bright and cheerful, with much potential if only we could contain that extra energy and get her to slow down and focus..." I bet she was the sweetest kid! Quilt guilds are full of high energy people who probably had similar comments in school. I know that I stayed focused only as long as the work was sufficiently challenging, which is quite possibly why I am always expanding my projects! But I think Bonnie's genius is that she makes these really outrageous, densely stitched quilts seem both manageable and reasonable. And once you've done one yourself, you get hooked.

Part of the appeal of Wild & Goosey is that it will use up all the brown and black scraps in my scrap box: 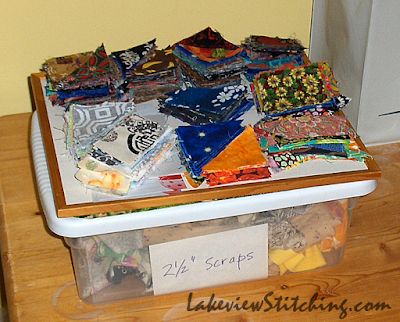 There was a lot of really ugly dark fabric in there, left over from my Hourglass quilt, which was my first attempt to clean out the ugly stuff. In fact (cue the theme from Jaws), right on the bottom of the box... 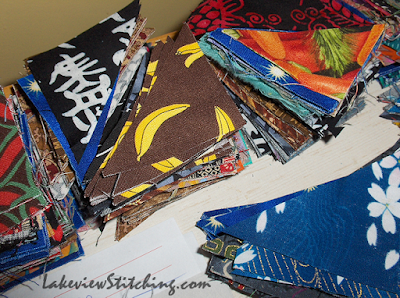 ...was a strip of the dreaded banana fabric!! I really thought that was all gone. But this time I have finally put a good dent in my scrap box. Maybe 2/3 of it is now ironed and rough cut for foundation paper piecing. Maybe 3/4!

Bonnie used a solid yellow in the flying geese sashing strips. I thought it would look good in red, with light-coloured geese instead. Then if the geese in the sashing were light, it looked best if the diagonal geese in the squares were also light. Then one thing led to another and I redesigned the piecing of the squares too. Mainly, I had to do it because I changed the placement of the darks and lights, but also, mine will be less sewing. 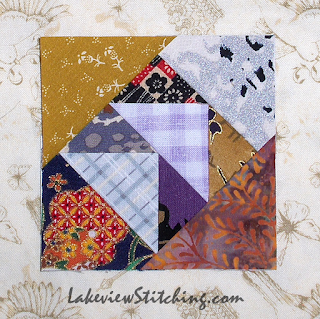 Some of the blocks developed their own colour schemes. I love this one! Not my usual colours at all. 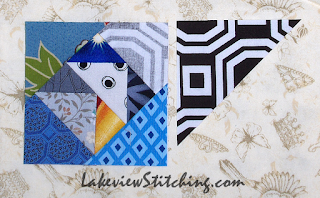 There weren't a lot of light fabrics in my scrap box, so in a few places I used the back of the fabric instead. The high contrast black and white fabric on the right is a nice soft grey and white in the block on the left.

The purple gingham in the block above was also used backwards. 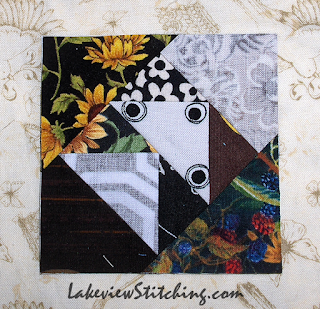 There was no fussy cutting of any kind, but there were still some happy accidents, like the three dots here... 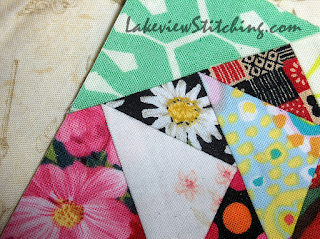 ...and this perfectly placed daisy. Couldn't do that on purpose if I tried!

Overall, the whole set turned out way, way better than I expected. 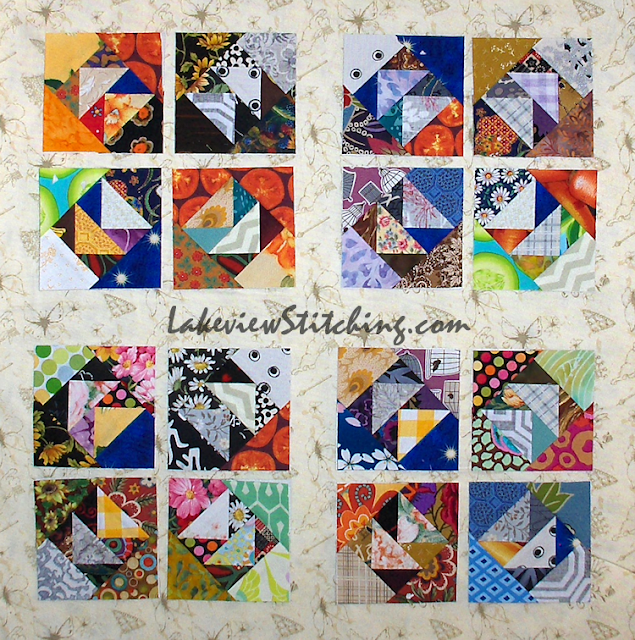 They look almost like faceted gems to me. It's much richer than I expected for such a hodgepodge of mostly ratty fabrics. Now I am less sure about the red sashing. Maybe there is still a better choice out there? A slate blue, maybe? A warm caramel? No matter what, I'll probably have to buy something, so I'll look around a bit. One week 'til Boxing Day!