So apparently in 2017 I was under the impression that the border was ready to sew onto my version of Bonnie Hunter's 2015-6 mystery quilt, Allietare. But obviously that didn't happen. 😅 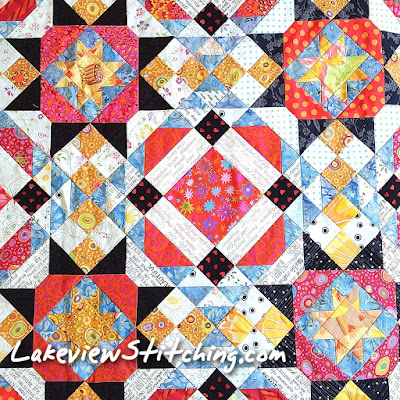 I had SO much indecision about the border for this quilt. I know I bought 3 or 4 different fabric combinations for it. A couple of them were even in my Allietare project drawer!

When I finally pulled the project out again, it seemed to me that these Kaffe fabrics were ready to go. The fussy cutting was done and I just had to sew them on. 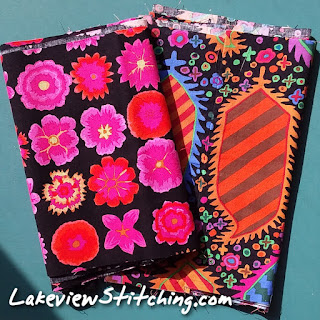 The two side borders with the flowers went on fine, but when I started work on the top and bottom I remembered why I stopped. The grain of that fabric was very slanted and I was determined to fussy cut it aligned with the print. Which was no where near aligned with the grain. So when I was done the top and bottom strips were actually curved.
But you know, I was already halfway so I thought, %&$# it, and sewed it on anyway. And actually, it seems pretty flat now. 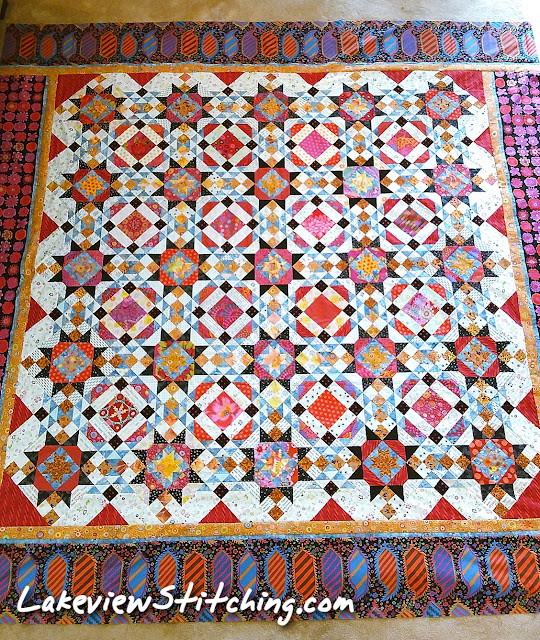 Those waves you see in the photo are just where the fabric got caught on the carpet. Hopefully.

Nothing a long arm couldn't quilt out, right?

Anyway, I am so impressed with Bonnie's design on this quilt. It looks so complicated, and I'm rather amazed I pulled it off! I'm pretty sure if I saw the final quilt before I started it I never would have attempted it. But the instructions break it down into very simple steps, and it's kind of magic how it comes together. It's funny that the hold up all these years has been these last strips of fabric around the edge. In any case, I'm very glad to have another top done!

"Keep calm and carry on" would probably work as a title for this post as well. 😂