When I first picked up these cheddar and indigo broken dishes blocks last autumn, my intention was just to organize the project rather than actually finish it. I had things in several stages at once, with many many plastic baggies of HSTs and broken dishes units. And as you can see, my project storage system wasn't 100% foolproof. 😂 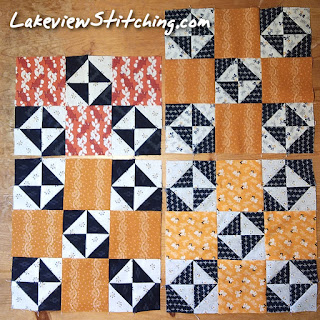 So I just wanted to make sure everything was accounted for and get things to a more consistent state of completion. But, the blocks went together so easily that I decided to keep going and get it done.

The original historic quilt that inspired this pattern had a few irregular blocks with some pink, light blue, and cranberry fabrics thrown in. To me that was a big part of the initial appeal of the quilt, so I threw in some non-conforming broken dishes here and there. 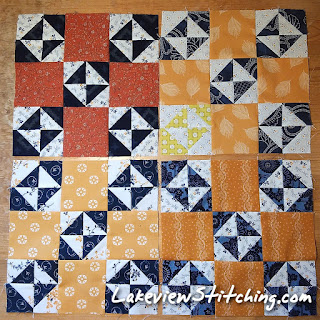 This is a queen-sized quilt, and to keep it manageable I laid it out in quadrants once again. To get an even distribution of fabrics and values, I "deal" out the blocks so there are no duplicate fabrics in each quadrant. I also work from the lightest to the darkest to keep the values balanced. 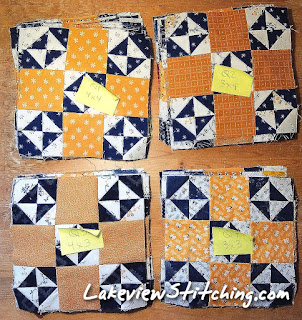 I did the same thing with my scrappy neutral sashings. This quilt is 7 x 7 blocks, so the quadrants are not equal size. I started with the smallest quadrant and worked up to the largest, reasoning that the largest would also give me the most flexibility to make sure I didn't have the same fabric beside itself anywhere. It worked. 😄 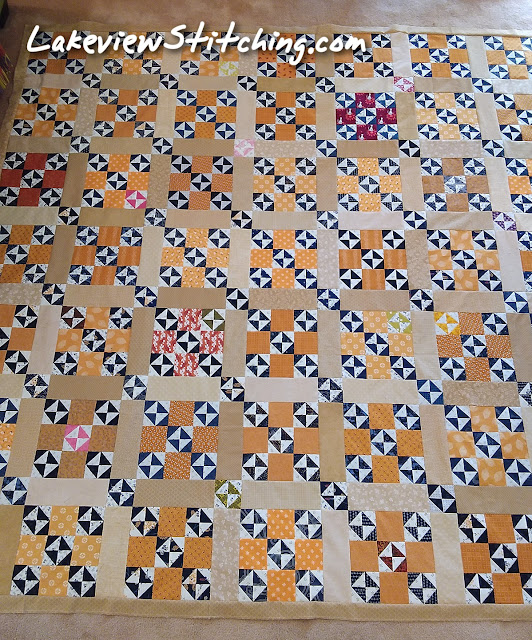 I finished the border very simply with a neutral strip of fabric. I don't think the original has any border, but I have an indigo and white pinstripe fabric for the binding, and I want to float it out beyond the blocks.
The original also has a few cranberry blocks, but in the end I decided one was enough. You can see my fussy cutting compulsion got the upper hand a little there. 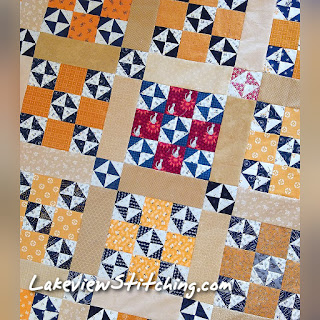 And that's another top done! Only four and a half years after the quilt was featured on the cover of the October 2016 issue of American Patchwork and Quilting. Don't ask me when it will be quilted though. 😂 I'm still hoping a long arm will eventually come my way.
Posted by Monica at 8:00 AM