Technicolor Turkey Together at Last!

So the world turned upside down since my last post. There's nothing more I want to say about that, lol. But, I have managed to do some sewing now and then, and I have a few projects to get caught up over the next few posts.
I have an Ikea wardrobe with wide shallow drawers that holds my current works in progress. It's proven to be an excellent system. Even several years later everything is in one place with all my notes and plans, and it's been fairly easy to pick up and sew again.
One quadrant of Techicolor Turkey was already sewn together. I had made a very nice colour sketch of my planned layout for the rest, which saved my life on this so I highly recommend it. 😂 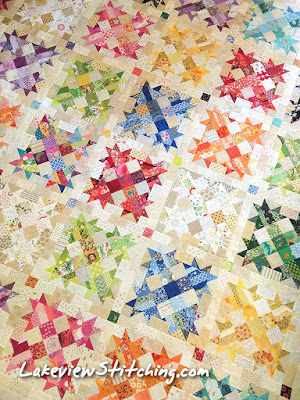 I made the blocks as part of the Rainbow Scrap Challenge in 2017. The blocks are Bonnie Hunter's Talking Turkey design with my own pieced sashing. 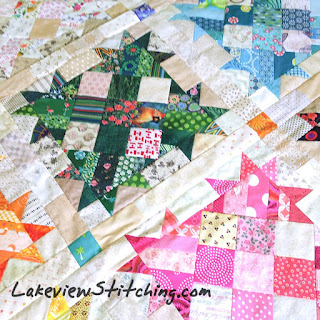 When I put the quilt on hold, the border plan was for something mostly neutral with a few pops of color. But I didn't love it. While I was sewing it together I debated several different ideas, maybe multicolour strings or piano keys. Eventually I decided that an all neutral border would let the blocks shine. I carried the sashing out into the border, with some neutral strips sewn in between. This allowed me to sew on the border before I sewed the four quadrants together. If I can avoid a long seam I will! 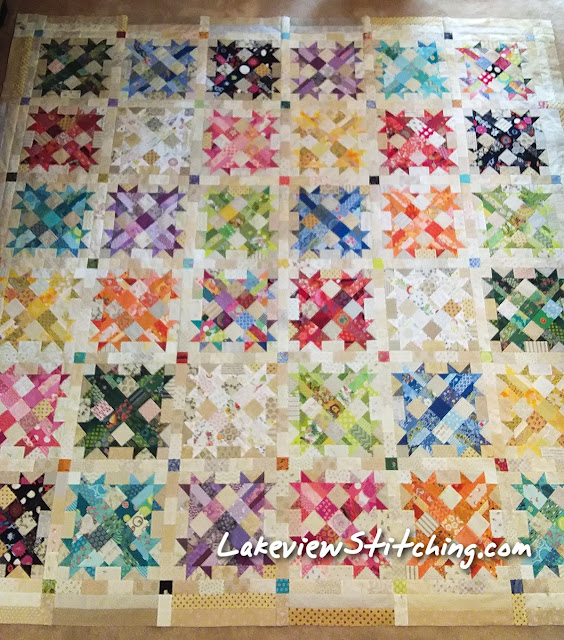 At first I thought I would alternate light and darker neutrals around the border, but as I laid it out I liked it better with all the dark strips on the outer edge. I think a multicolour scrappy binding will be the right finish for this.
In any case it was really nice to get something done for the first time in a long time. I finally have a dedicated sewing area, which is making all the difference. It is easy to just leave the project there and work on it for a few minutes when I have time.
Apologies for the recycled photos from Instagram. If you follow me there, @lakeviewmonica, you will see things a lot sooner, lol. These days I am mostly on mobile and don't fire up the computer that much. I had to scroll back to August 2020 to find these pictures, so that must have been when I finished the top. 😅
I hope everyone is hanging in there! I'm going to queue up a few more posts over the next couple days. You know, while the computer is running and before I go back to emojis and likes on mobile. Happy stitching everyone!
Posted by Monica at 12:23 AM